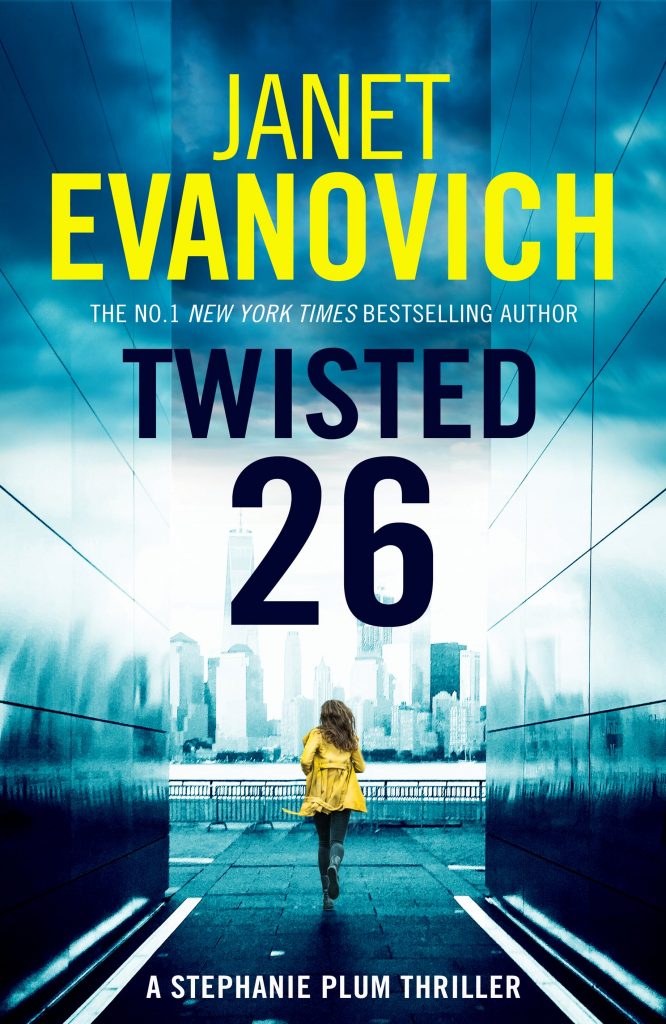 It’s a great read, although there are moments where you really get the feeling that she’s a little tired of the Stephanie Plum franchise – There’s only so much chaos one person can cause, although  Grandma Mazur has really outdone herself this time!

An unputdownable Stephanie Plum thriller from Janet Evanovich, the bestselling author of LOOK ALIVE TWENTY-FIVE and ONE FOR THE MONEY

Stephanie Plum’s career has taken more wrong turns than a student driver on the Jersey Turnpike. In order to save someone dear to her, she’ll have to straighten things out in TWISTED TWENTY-SIX, the new novel from No 1 New York Times bestselling author Janet Evanovich.

Grandma Mazur is a widow . . . again. This time her marriage lasted a whole 45 minutes. The unlucky groom was one Jimmy Rosolli, local gangster, lothario (senior division) and heart attack waiting to happen . . . well, the waiting’s over.

It’s a sad day, but if she can’t have Jimmy at least Grandma can have all the attention she wants as the dutiful widow. But some kinds of attention are not welcome, particularly when Jimmy’s former ‘business partners’ are convinced that his widow is keeping the keys to their financial success for herself.

As someone who has spent an entire career finding bad guys, a set of missing keys should be no challenge for Stephanie Plum. Problem is, the facts are as twisted as a pretzel with mustard.