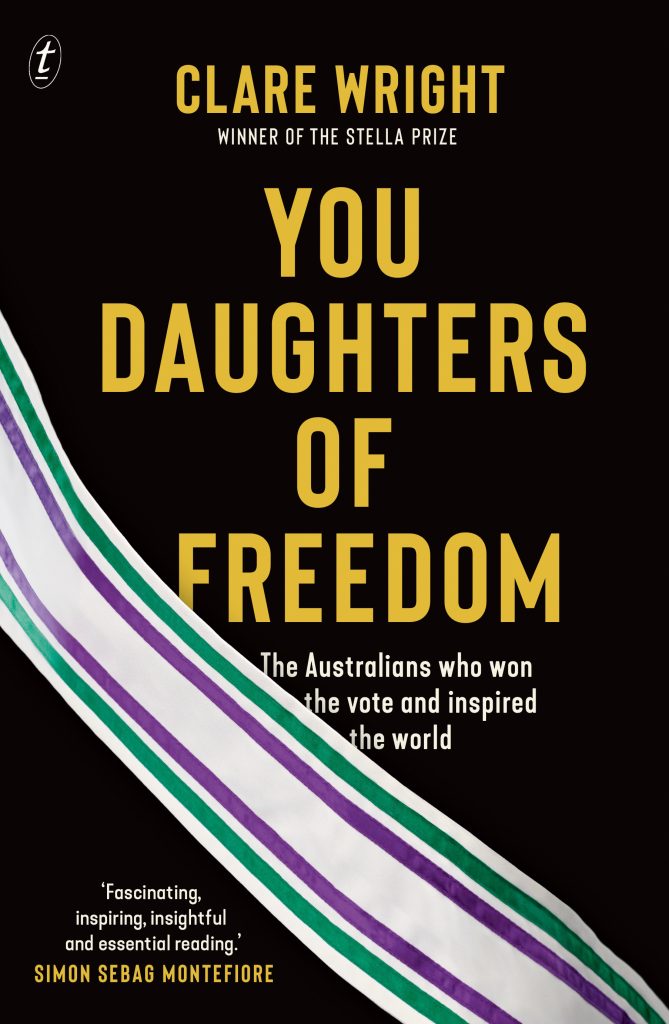 You Daughters of Freedom

Fascinating, enthralling and pulling no punches – this had me mesmerised on a four hour flight, barely looking up for my complementary snack and coffee flavoured water!

For the ten years from 1902, when Australia’s suffrage campaigners won the vote for white women, the world looked to this trailblazing young democracy for inspiration.

Clare Wright’s Stella Prize-winning The Forgotten Rebels of Eureka retold one of Australia’s foundation stories from a fresh new perspective. With You Daughters of Freedom she brings to life a time when Australian democracy was the envy of the world—and the standard bearer for progress in a shining new century.