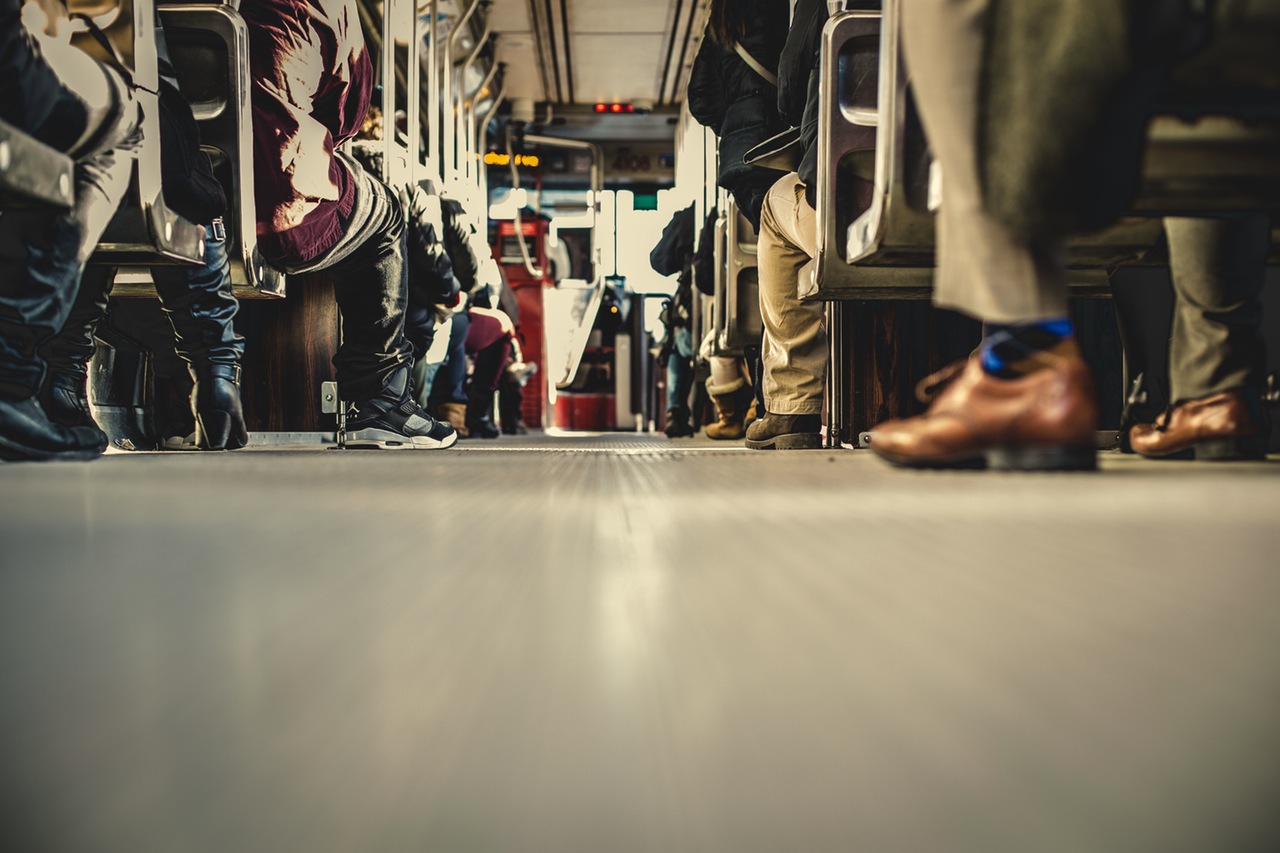 For six months he caught the bus in to work.
In those six months only two people returned his greeting. Two.
Apart from the bus drivers, who always said hello, shared a joke, commiserated on a sporting team’s loss.
One morning the ticket machine wasn’t working, everyone got a free ride into the city and not one of those horrid passengers stopped to thank the bus driver for letting them on for free.
Except for him.
Then one day the bus ride was very different.
It was brilliant day at work. The project was successful and he hot-footed it over the bridge, swimming through the muggy air in order to get to the bus stop.
Throwing himself into the throng of the peak hour crowd. Step fast, quick, look busy, self-important.
Nine out of ten people have earphones in; at least half are looking at their phones as they cross the road.
Lined up along the pavement waited the crowd all waiting expectantly for a bus home. All heads turned in the same direction.
Phone, then road.
Phone then road.
A poor man’s tennis match.
Two buses, both express, turned up and there was a fight to the doors by the obviously overworked, tired and desperate masses. Slowly appearing behind them was another bus that went the same route, but rambled rather than raced; so he sauntered down and hassle free alighted, thanked the driver and wandered to the back of the bus to enjoy the cool of the air conditioning in a seat all to himself.
Not that it was his on its own for long.
Chugging quietly along it stopped at every stop, finally filled to overflowing. He sat in the corner, trying to ignore the young man sitting next him munching on delicious crispy fried chicken. He pretended he couldn’t hear his stomach gurgling, and was thankful that the young man pretended he couldn’t hear it either.
It wasn’t till about halfway through the trip that he realised there was an anomaly.
The bus driver, taking the opportunity at a red light, informed the passengers that the stop buttons were not working and that they would have to signal to her in a clear manner when they wished to get off the bus.
Never was a silent more pronounced.
Speak?
To the bus driver?
Out loud?
And who would?
He gleefully put his book away, his stop wasn’t for twenty minutes, but he was looking forward to seeing the rude passengers having to pipe up. The journey where each passenger sits in silence, wrapped up in their own world, their own earphones, their own thoughts would become one filled with voices.
The first man to speak out set the tone.
‘Next stop please’ he bellowed.
Then the next, a young woman. ‘Next stop please.’
People were saying please.
He couldn’t help but grin, and sat enthralled over the remainder of his trip.
As the bus got emptier, he could see people becoming anxious as their stop approached.
Some looked around willing another to say it; some walked the length of the bus to whisper it quietly, directly to the bus driver.
All in all he’d never heard so many courtesies uttered since he moved here.
As his stop approached, he wound his scarf back around his neck, shouldered his bag and double checked that he had his phone and keys.
He started to get up, his turn for the ‘next stop please’ when the bus driver called out to him instead.
‘Got it love.’
They shared a smile as he left, waving his hand and calling out thank you. Stepping down, his hand knocked a stop button and the bell rang.
He laughed all the way home.