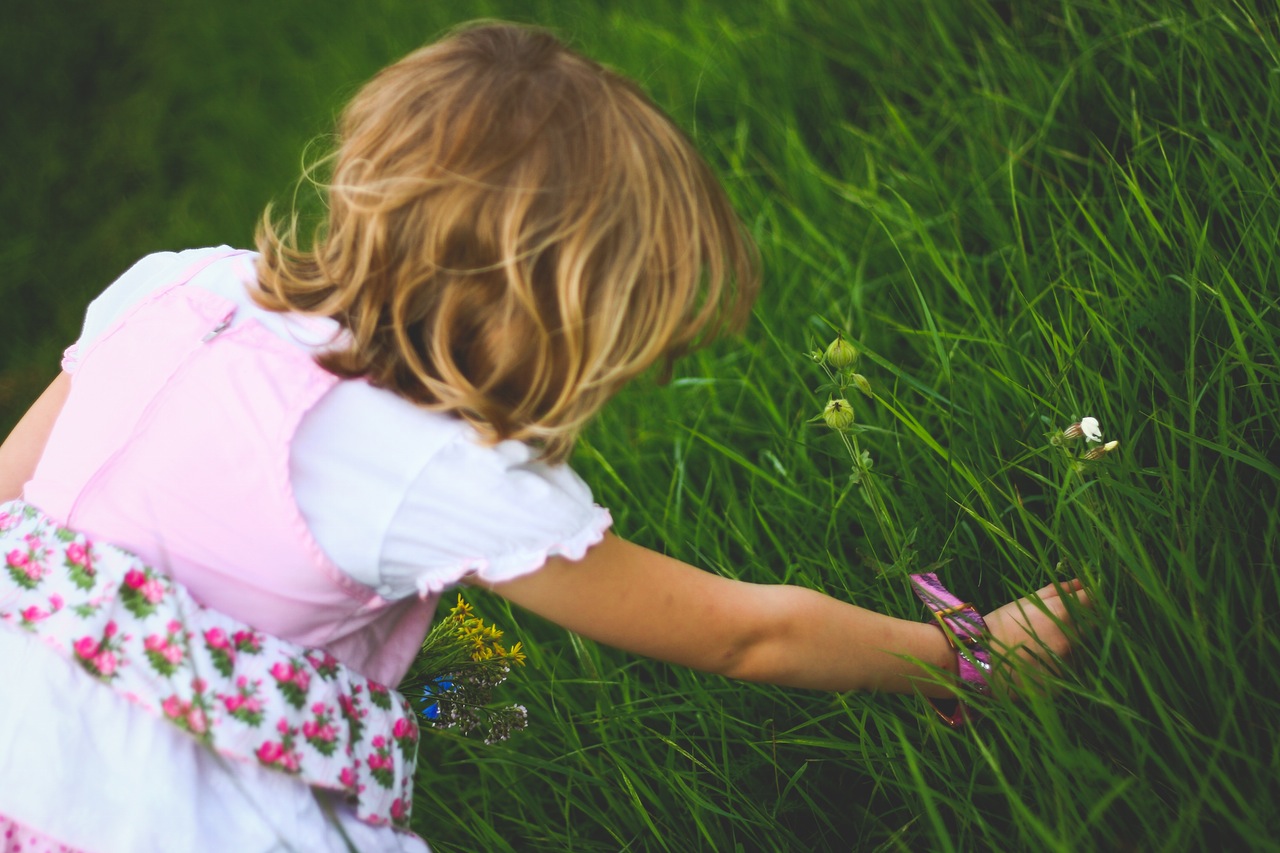 It was just a little wooden footbridge.
Rickety, made from old fence posts.
Wide enough for the quad bike, but definitely not the tractor.
Dad said the tractor would snap it and then they’d be stuck, so he dropped her off and went the long way round.
She crossed the bridge a thousand times before. It was wedged in on the banks, straddling the creek, and it sat squarely across.
The grass grew very long either side.
The cows didn’t graze this close to the creek.
Two years ago they found the skin of a very long red belly black snake. Dad had to hold it up high above his head before it stopped touching the ground.
Her pink gum boots were pale, and three times handed down from older sisters.
Older sisters who didn’t ride on the tractor anymore down to the orchard.
They stayed at home and were learning to bake scones and do homework, help with the baby and be boring…
She squatted down contemplating the bridge. It didn’t look any different than before.
Before last night.
Yesterday it was just the footbridge, but last night her sisters told her a secret.
Under the footbridge, lived a troll. A troll that would rush out, eat you in a single gulp and spit out your gumboots before Dad could blink.
Before Dad could blink.
That was fast.
She looked up to see the tractor rounding the bend into the next paddock.
Dad would be waiting at the gate soon.
The gate she needed to open and to get there she had to cross the bridge.
Where the troll lived.
She crouched and slowly shuffled forward. She had two choices.
To run as fast as she could and be over before the troll even knew she was there.
Her sisters had told the troll was fast, very fast, and then they told her that she wasn’t old enough yet to be as fast as she needed. Certainly not fast enough they told each other, nodding wisely.
So, it wasn’t a good choice but it was a choice.
Her second choice was to sneak up quietly and see if she could get across before the troll awoke. She could be very quiet.
She could be super sneaky like the time she read her sister’s diary. Well she couldn’t actually read it, but she found it, and that was good enough. And then there was the time she was so quiet her big big sister didn’t see her kissing Tommy, the horrid boy from next door under the mulberry tree.
Mind you, they were being very noisy and slurpy, and if she’d been caught, she was sure they would have killed her… So she would go quietly.
Sneaky sneaky past the troll.
She just needed to do it.
The tractor hummed in the distance, it might hide a little of the swish of the grass as she inched forward.
She could see the creek bottom now.
It gurgled, but not like the new baby. She could see the brown dirt under the bridge on the underside.
So the troll wasn’t on that side.
It must be curled up under her side.
Her sisters said it only needed a tiny space to squash into. When it left that space it grew a hundred times bigger. They knew. They’d seen it.
They’d only just gotten away with their lives.
They told her that too last night.
Leaving her sitting up in bed, open mouthed and too scared to close her eyes. Too scared to check under her bed. Too scared to go to the toilet, even though she really needed to.
And so incredibly grateful when Mum came round to make sure they had gone to the toilet. She switched on the light when she asked, sending the fears scurrying back. If her sisters hoped she’d embarrass herself, it didn’t happen last night.
It wouldn’t happen now.
She drew up to the edge of the wooden boards and taking a deep breath, a deep silent breath, she launched herself across the length of the bridge.
It was a gamble and she closed her eyes as she leapt. She didn’t make the whole length but it was enough not to get eaten.
She hit the boards on the other side, fell awkwardly on her knees and without stopping to brush the splinters, got up and raced to open the gate just as Dad was pulling up.
She had done it!
She had beaten the troll!
She didn’t learn the truth for two more years, but in that time she was untouchable.
Unbeatable.
She had beaten the troll.