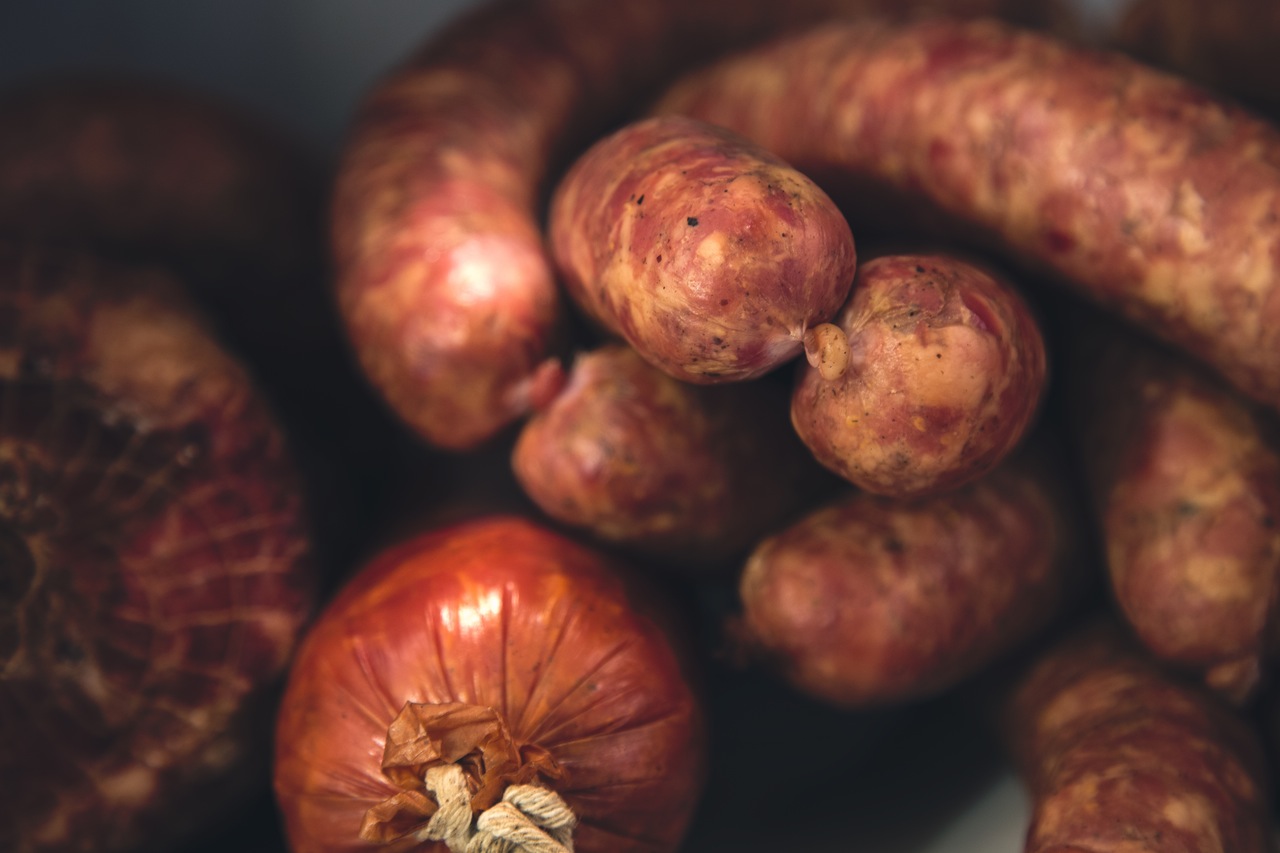 No one told him that working in a butcher’s would constitute learning another language.
He’d been in many before, and caught the occasion conversation where he didn’t understand what was being said, bet he didn’t realise it was language of its own.
There wasn’t a dictionary, a text book, a phrase book to help.
He just had a notebook and the odd moment to scribble it down and try and decipher it later.
A phonetic language. The first couple he picked up fairly quickly.
Ecin stit.
Kilm sgabs.
Kool ta taht.
Taf tnuc.
He wasn’t really comfortable with it at all, but he was the youngest and so he had to toe the line, keep his head down.
Understand.
He didn’t have to contribute at all.
He had that choice.
He had to keep reminding himself of that, he always had a choice.
At the moment he was half and half. Half out the back learning the cuts and cutting and half out the front serving. He liked the serving part better.
Customers were very friendly, he was starting to know the regulars. Even had a go at flirting with the older ladies.
It was a way out of school. A proper way out of going to school.
It was a way out of home.
But the language thing, that was proving tougher than he though.
He didn’t agree with what they said. It wasn’t that it was rude. It was more because it was right there in front of person that they were talking about.
It made him…
Uncomfortable.
Not that he would say anything.
He just had to learn. And they were good blokes to work for.
Always having a laugh, at the customers, at themselves. They were sharp and uncompromising on some things, and loose on others.
He also rode home, and none of the usual dogs on his route gave him any trouble any more.
He’d tuck scraps into his waistband and fling them out as he went past.
It was a good job.
One day he was serving an older lady when a girl his age walked in with her younger brother.
He thought he knew her from school. Her brother was autistic, and she skipped classes to look after him.
One of the other guys was served her, yelling back to the others.
‘Oi Kool ta taht… Ecin stit.’
Her little brother just stared, although she was still smiling as she collected her order. He didn’t have the courage to meet her eyes, and he ducked his head away, tipping the change in the till and bidding the older lady a good day.
His boss nudged him, ‘evol a tib fo taht!’
She thanked them and went to pull her brother behind her, but he kept staring at them.
‘sdik a drater’ his boss laughed.
‘ma ton’ the little kid piped up. ‘eruoy a kcuf tiw.’
She looked embarrassed as she tugged her little brother out the shop, but not as embarrassed as the three burly and hairy men in bloodstained aprons, and the shy young man who couldn’t hide his smile.