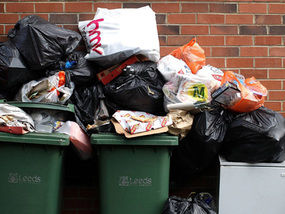 There is a choice of seventeen different culprits.
Seventeen flats, seventeen collections of people or persons. Twelve women and eleven men live here.
One dog, two cats, one baby.
He can rule out the cats, dog, baby and men.
Its a woman who does it. A woman who aggravates him and makes his blood boil. A woman who makes him feel completely impotent.
Now theres a turn up for the books.
It could be the same woman from upstairs. The woman with the squeaky bed, who has friends that warble John Farnham and Witney Houston in the early hours. The woman who makes nasty comments on his furniture if he leaves the door open while he goes to the laundry. The same woman who ashes her cigarette all over his cat and who over waters the plants on her balcony when he has laundry on his; resulting in more laundry for him as the water and dirt cascades down in a slimey potting mix style waterfall.
He knows it is a woman because of the trim torso, bikini bare, that flashes by the window. The curtain is gauze and its meant to protect eyes from seeing in, but it also blurs the reality outside.
Twice in two days now.
And twice last week too.
Then there was the cardboard incidents when he first arrived and then what happened three months ago as well.
This woman has no sense of others.
This woman only ever puts her rubbish in the closest bin to the courtyard. The bin that fills up the fastest, but she doesn’t care. She still puts her rubbish in that same bin, and if its full she puts it on top.
She doesn’t mind that there are seven empty bins next to it, she still puts in that first one closest to the courtyard.
And everyone else leaves it.
But not him.
He cant.
Its summer.
The only breeze he gets is from the window that looks out on the bins. When its thirty degrees Celsius outside, in his flat it is forty.
The air doesn’t move and you have to wade through it to get to the bathroom, the kitchen the lounge.
Occasionally opening the freezer and standing there holds some comfort but not for long. The fridge is old and cant keep the ice-cream frozen, or the beer cold any more, so he cant buy any relief for the long days ahead.
He could buy an air conditioner. If he didn’t have to pay the exorbitant rent.
And every year he swears its the last he’ll spend here. But the place has wormed its way in to his heart, and he is simply too tired to pack and move again.
If he could only confront who it is.
If he could only ask them to consider the other people living here. But all he has seen is a bronzed torso passing by. A pause to acknowledge the bin is full, and yet the rubbish is still placed in the first bin next to the courtyard.
He has had enough.
He needs to keep that window open but the stench is overwhelming, it slips into the flat and penetrates his clothes, his hair, his towels, his sheets.
Its a tiny taut string that has been snapped and today is the day of action.
When she does it again he races over to the peephole to see if she passes. She doesn’t. However with multiple entries and exits off the courtyard it still doesn’t rule her out.
With a deep breath he flings open the door and marches out.
There is no one in the courtyard and no one on the upstairs landing.
The heat is tangible, breathable, but its cooler than his flat as he thuds across, pass the clotheslines scowling, thunderous, to the first bin, wrenches the lid free and the lid of the bin next to it.
Prawns.
There are five days till the bins are collected and this idiot, this fool has put prawns in the common bins OUTSIDE HIS WINDOW.
He storms back out to the courtyard, which for once is eerily silent. No noise exists, no TVs or music, no shouting, laughing or loving. Its all too quiet.
He wants to yell.
Long.
Slow.
And loud.
To let out that frustration he feels. The frustration he feels in living in close quarters, always mindful of others, when others aren’t mindful at all.
Prawns!
Five days till collection?
Its SUMMER!
Unbelievably stupid!
He heads back to the bins and pinching the offending parcel between thumb and forefinger, gingerly picks it up, slides sideways to the next bin, then the next, until hes all the way down past everyones windows. Opens the last bin, which is empty, and drops the bag, followed quickly by the bin lid.
Retching he returns to his apartment to wash his hands and face, to clean off that smell and open his window again.
One day he will catch her in the act.
One day she will know.
And he knows he will probably do nothing, say nothing, just inwardly seethe and hopes that he will last longer here than she does.