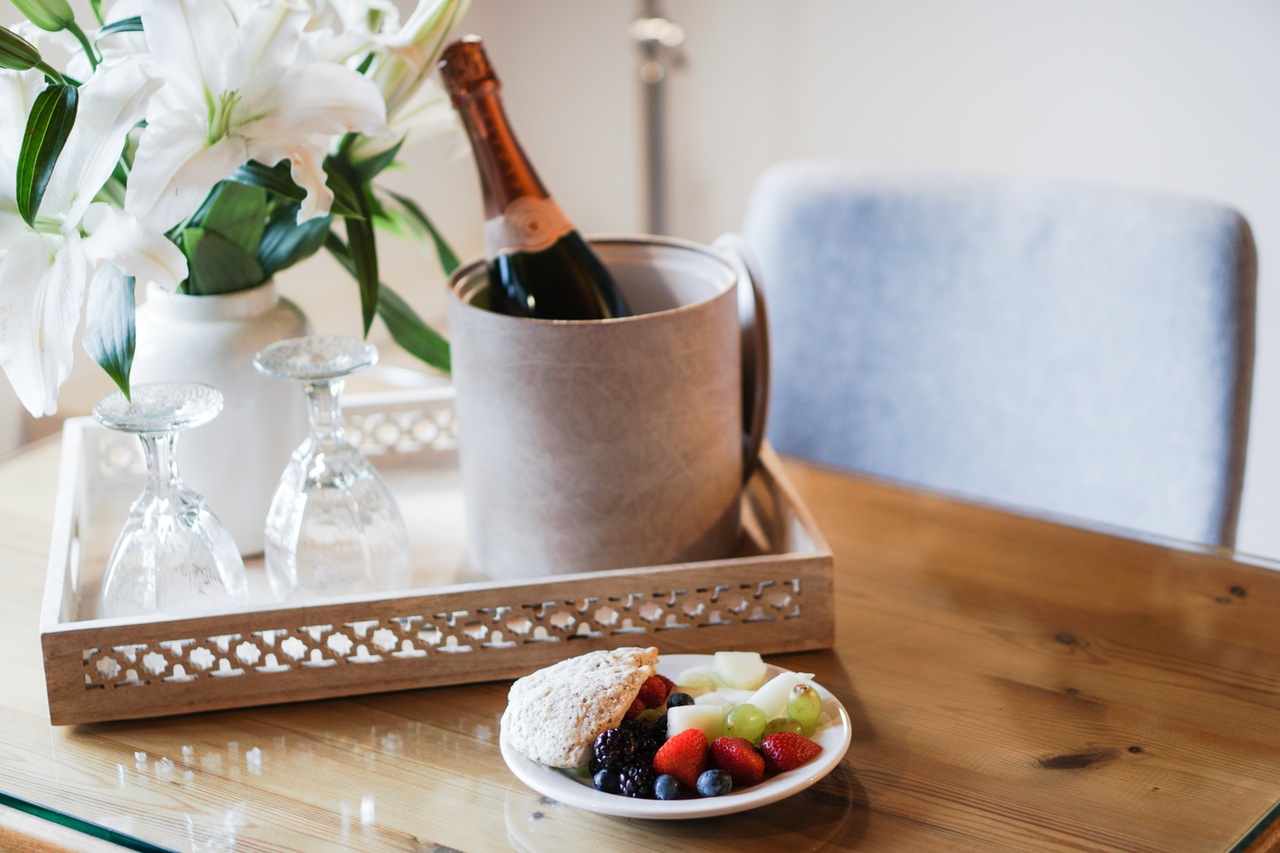 He smiled as he came in to the room after the guests had left. Some people make the bed, some people don’t and he felt you could always tell from that what sort of person they were.
Last nights guests were a young couple, obviously smitten with each other, so he gave them the Juliet Suite for the price of a regular room.
He was a romantic underneath all the bluster. Not that anyone would know.
With a practiced flick of the wrists he threw back the quilt and started the removal of the sheets. Sharp linen had been replaced with a muskiness. He clucked and whistled as he stripped the bed and piled the sheets onto the bath towels by the bathroom door, moving through to give it a bit of good old spit and polish.
He clucked again swishing cleaner around the large free standing Victorian bath. All the bath products used, except the shower cap. Not many of those used anymore, but he still puts a fresh one out each day, just in case. Thirty years ago people left the complementary bath bombs and the shower caps were the most frequently required item.
Times sure do change.
Looking around he gave every surface a quick once over. You wouldn’t even have known there’d been someone there.
Not that he’d tell their parents. They were both eighteen, he’d known them since babies; of course he didn’t mention that when they came in, pretended he was poor of sight and kept the formalities to a minimum.
Ironic that it was called the Juliet Suite If either of their families knew.
People have long memories in the Valley.
Collecting the bins, and emptying them in to one bag he shuffled over to the sash windows either side of the large four poster bed, lifting them and bringing the garden in, the flowers perfume and the birds squawking as they jostled for a place on the feeder in the tree opposite.
At his age he should probably hand it all over. His knees groaned and his back protested as he bent down to scoop up the linen and towels, then they both remonstrated with him again as he straightened.
But he saw the way those two looked at each other, and a tear of hope glistened in his eye as he filled the cart and wheeled it down to the laundry. Most would think that he didn’t know anything about love.
He smiled slowly at the memories.
But he did.
He knew a love so deep, so passionate, and so amazing it had sustained him for fifty years.
He smiled again. No, no one would know. But they didn’t need to. He would continue here and make sure that those in love would get their chance, like he did.
He started whistling again; perhaps to cover the squeaking wheels of the trolley, but just above it you could catch the strains of something beautiful.