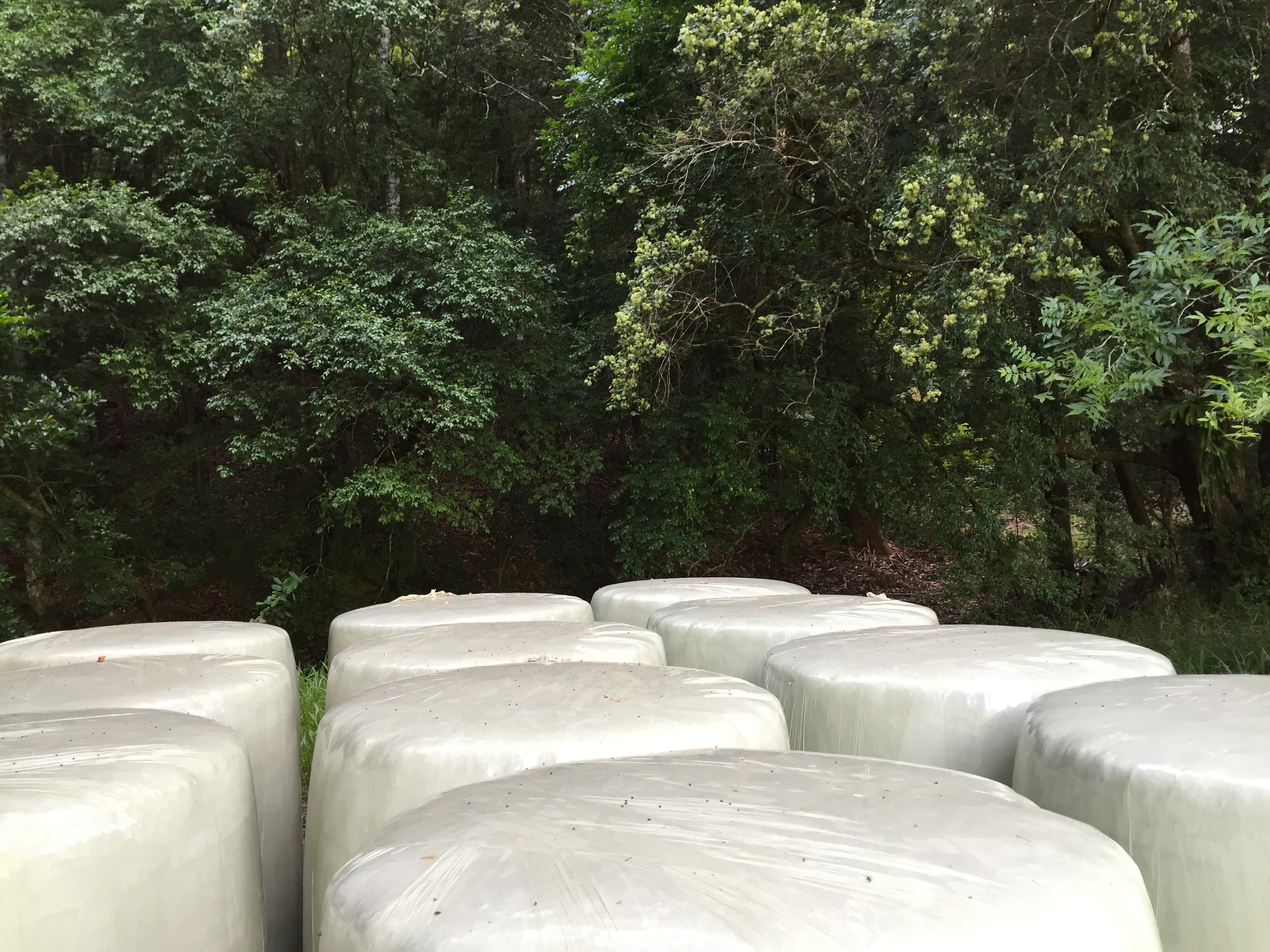 You could hear the giggles all the way up the valley.

They snuck under doors, around verandahs, they floated up the small ridges and through the canopied forest.

They drifted under the pecans to the farmstead and through the gaps in the Liquid Ambers and Agapanthus.

The giggles that came with pure fun and joy.

The laughter of the innocent, bouncing in and over, and around the hay bales.

Marshmallows they called them.

Wrapped up against the weather, from a distance they did look like marshmallows.

Big, fat, luscious marshmallows: Four across and five down, partially shaded by the giant silky oak on the flat beside the creek.

Down the driveway the quadbike roared, cutting across the grass just past the cattle grid and over to the rough dirt tractor track that lay alongside the dry creek bed. This far down the creek didn’t run, but beside the marshmallows there was also a quiet little billabong.

Last week they’d scared themselves silly with the eel…. It looked like a black snake with ears and their city ways were only starting to fade as they scrambled, yelling and squealing up to the farm house. Today though, they were far more seasoned, and took the thought of mozzies, march flies, ticks and leeches in their stride.

The scramble to the top was made easier by the old rusty rotary hoe that slumbered beside the marshmallows. And so the bouncing commenced! Side to side, and up and down, falling between was a hazard taken in their stride with no parents to hover or call out warnings. It was hysterically funny and so much fun!

The laughter trilled into the treetops and found its way up and down the valley, competing with the parrots, cockies and cicadas. It made people pause while they hung out the washing, watered the garden and it stopped an old farmer who was fencing, as the sound of laughter lifted hearts, and older memories of childhoods gone by resurfaced.