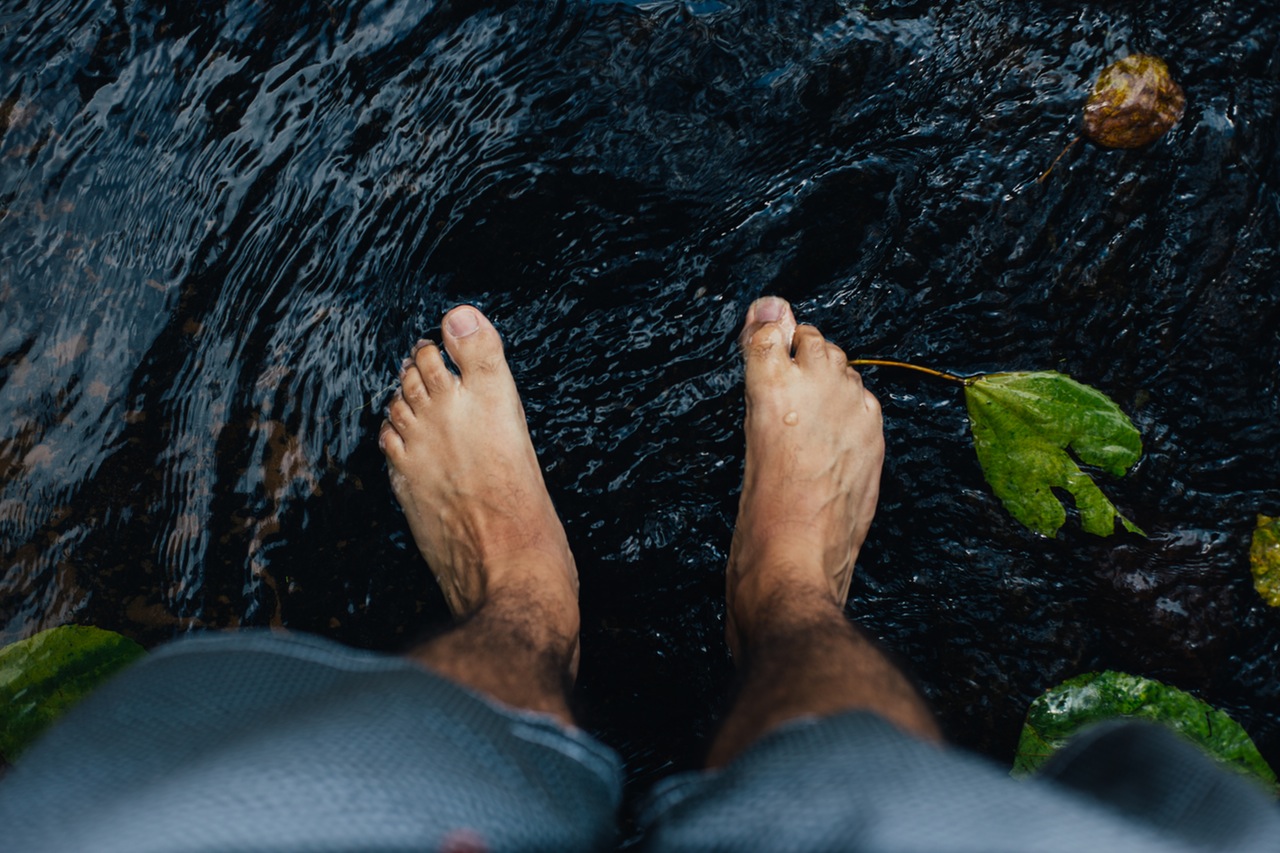 As he stepped into the river, he could feel the cooler waters from off the mountain creeks whirl and mix with the lower valley water.
Both crystal clear, untouched by man, except for a few swimmers upriver and the occasional animal passing.
Over the rapids the water burbled encouragement as he balanced the riffle square with the net rigged up, stepping carefully over and around the rocks.
Riffle Shrimps are worth quite a bit in the aquarium business. Sensitive creatures that love the warmer water and hide in the shallows.
If he could get just a few it would buy the school shoes for next year, and that would be one less worry after summer.
The sun bounced off the water making it harder to see so crouching down, ankle deep, he brushed his hand gently across the surface.
Just the right temperature.
Slowly manoeuvring the net frame he sat its L-shape under some of the darker rocks so that the top cleared the water about ten centimetres. You had to be careful, the riffle shrimp were climbers.
To his left he could hear the faint sound of cars passing on the cliff road that wound along the river, to the right a faint bellow of cattle, all else was quiet; the cockatoos were nowhere to be heard and the cicadas buzzed indistinctly in the trees.
Slowly, trying not to break a ripple he slowly backed downstream and then across to the bank.
Catching his thong on a stone, the toggle came free and flapped an arc of water right up to his head. It was cool and refreshing, although the day wasnt too hot, yet. He shook the drops off, wiping his face with the bottom hem of his t-shirt and, hopping over the warm sand, sat and tried to fix the thong as he waited.
It didnt take long, perfect conditions really.
The foam esky nestled on the edge of the water, thermometer monitoring the twenty seven degrees needed, a small oxygenator operating on batteries ready to go.
Giving up on the thong he slid his feet back into the water, careful of the sharper rocks not yet smoothed by the water that rushed past. From the corner of his eye, well on the prize, he thought he saw a shadow move in the water, too late to think he stepped forward, the rocks underneath proved unsteady and he fell with a shout.
The splash dislodged the riffle net and he managed to catch it as it passed, grinning not just at the quick save, but at the content. Cradling the five riffle shrimps close he hobbled back to shore and gently lowered them into the esky. His right foot stung a bit from the fall and when he went to rub it he brought his hand away red with blood from a series of small cuts.
Oh no!
With that realisation the ache turned into a fire of pain that swept up his leg, past his knee and exploded in his groin.
Bloody bullrout!
Gritting teeth he hauled the esky up and out of the river, using his left foot and the heel of his right he limped up to his ute, thankful he parked so close to the edge.
There are still tyre tracks there, where the grass span off so fast it hasnt managed to grow back, even to this day.
And the story still floats about town of the man who screamed down the main road with a police escort, sending pedestrians flying, roaring his pain out the window.
It wasnt actually a police escort.
He flew past them at such a speed they had a hard time keeping up, and it was only when they arrived at the Emergency Department that they realised it was a genuine emergency… But the escort story sounds better and so the urban legend was born.
The kids all got brand new school shoes that year, as well as a maxim they never forgot: Dont play in the shallows, in bare feet, in summer. Ever.