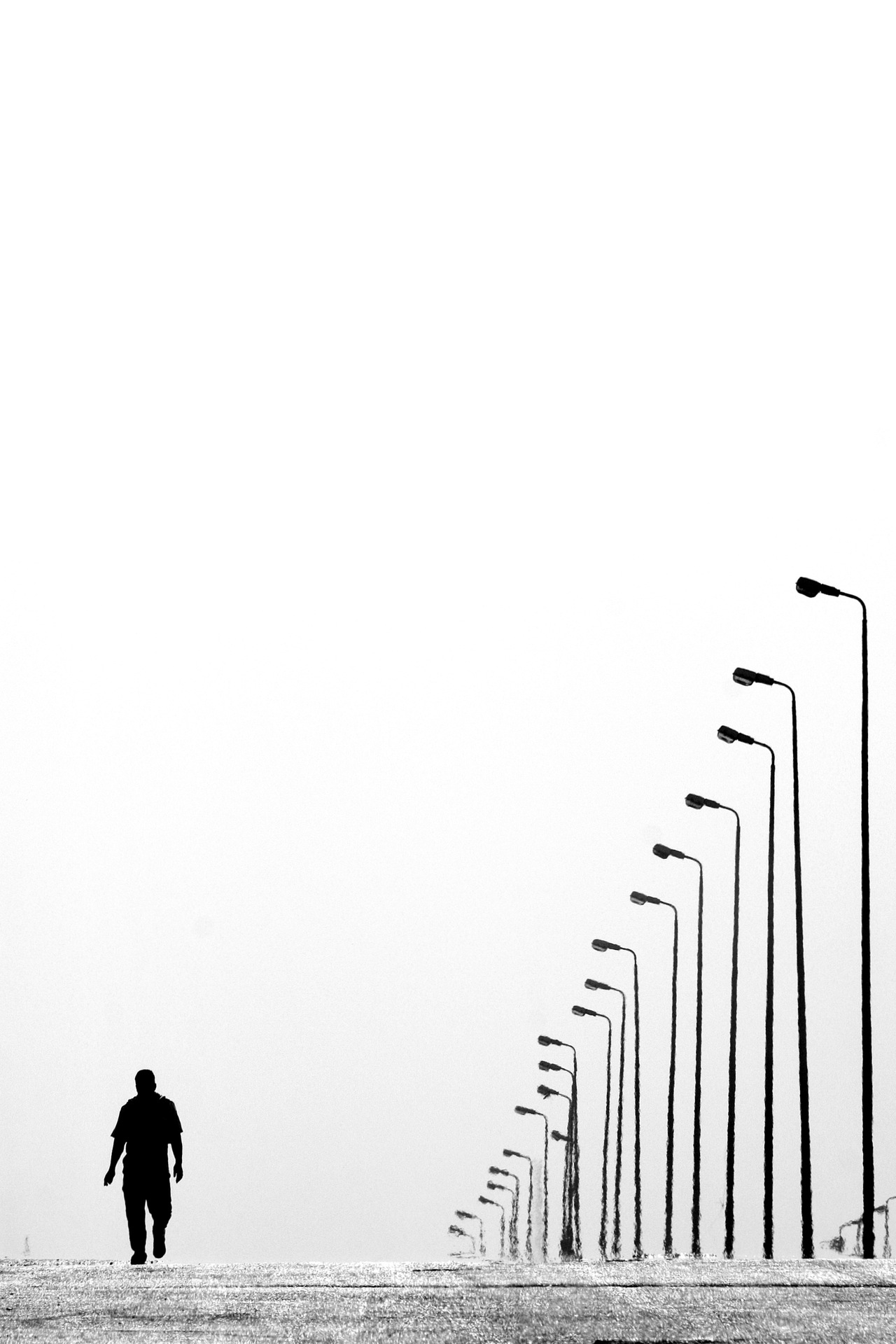 A longing.
A longing for sea breezes and misty rain.
For green, green grass all year round, for trees that stood tall and grew straight.
No more red rust dust. The smell of the smelter, it’s acrid taste so constantly depriving his senses of real aromas, of real flavours.
No more coal dust; to coat every car, every building every window in the same hue. The suffocating humidity that sapped energy and make everyone snarky.
He’d swap it for crisp clean air, for four definable seasons, a blue sky and an ocean with real waves, real sand on the beach and real people in the town…
Wrapped in his own thoughts he climbed the hill home. Through his mind spun all the things he tried not to think of at work.
At work he had to smile.
To be happy.
Make sure that all around him were happy. All were happy and it was nice not to think for a while.
His feet hurt, his back hurt, his face ached from smiling which was odd because he really enjoyed making them smile.
The traffic was steady on the road, overtaking him, reaching his destination twenty minutes before he’d even get close, though he enjoyed the walk.
The night air was filled with such reckless promise.
People gathered outside the pub laughing, hailing friends across the street.
Couples walking down the hill to the restaurants and cafes by the empty river. All dressed up, some holding hands, some too nervous. They all passed him as he made his way up the hill.
Alone.
As he continued, his isolation grew, the troubles so wonderfully held at bay invaded his thoughts with a viciousness that stabbed through his chest and temporarily took his breath away.
He would cope.
He always did. Though sometimes like now, it wasn’t clear how.
It was just a small kindness, but so unexpected and so appreciated he wondered if the taxi driver would even know. It halted before the intersection and waved him to pass in front.
Such a small kindness.
He took a deep breath. He would cope. He would go on.
He could.