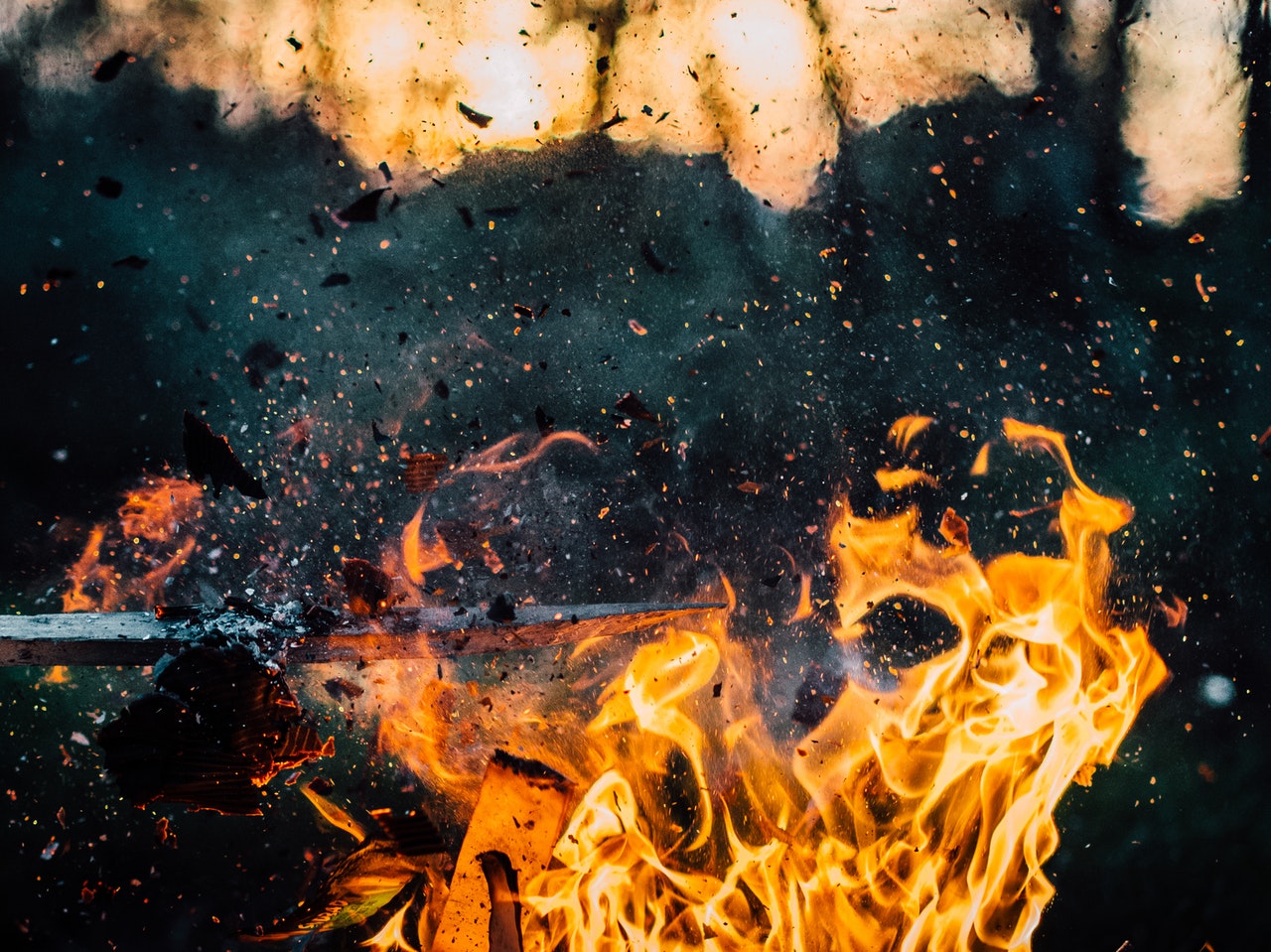 He snuck over to the old shack by the river.
Cleared the aluminium cans and chip wrappers from the fireplace grate and started to slowly burn the ream of paper he’d brought with him.
The air filled suddenly with the snap of a match and the sulphuric acrid after smell of phosphorus and glass.
A bright and sudden flare, but the stack of paper failed to catch and smoldered sullenly…
It was too much to burn in one go, so he started smaller. Lit a crumpled twist of about five pages, then slowly fed another five pages on top when it was almost out, and then another five, and another five…
There were over two thousand pages, and so he settled in, going from a crouch to sitting almost on the thin skin of dirt and dust that had collected on the hearthstone. The heat a pleasurable touch on his face.
It seemed fitting to burn strangers’ secrets in a house that belonged to no one. As though by doing it here he could escape the knowledge and the responsibility.
Hundreds of names, numbers, addresses and wants, needs, desires.
Transactions on every page.
And in every bundle of about twenty, there was a page tracking those transactions.
It made a mountain of ash and took most of the afternoon to burn.
Every page a wrench, but he knew it had to be done.
Not for legal reasons.
Not for ethical reasons.
Moral? Well maybe.
He just didn’t want the secrets of Three Corners being found by anyone else. Being shelved, archived, and rediscovered by someone not accustomed to the … nuances… of a small valley village.
While he burned he took in the old shack’s scenery.
A hold out for vagrants, a hide out for teens, a hostel on a couch surfing website… After the first incident of smashed windows, the old man who owned the shack filled them with Perspex. Now they let the sun in, unbroken and cloudy. Yellow and scratched; so you could see the dirt, dust and rat droppings.
You could see the rubbish, the rot and the gaps between the planks.
The verandah that sagged was visible from the road. The rusted tin roof that bowed in the middle and matched the rusted tank stand that sat to the right, balanced on three legs and hope.
There was a pot to the winner when it fell over of $859. The 10 cent bids had upped to dollar coins in the last four years. Old Mike had a bet going back 50 years, when it first started rolling, and he kept hanging on, determined to outlast the old shack on the river bed.
Well now it held the town’s secrets too.
He scattered the ash with a twig, made sure there was nothing left. Not an initial, not a digit, not a single request.
The wind swirled down the chimney, flurrying the ash like a snowfall and he turned his back, left the way he came, touching nothing else at all.