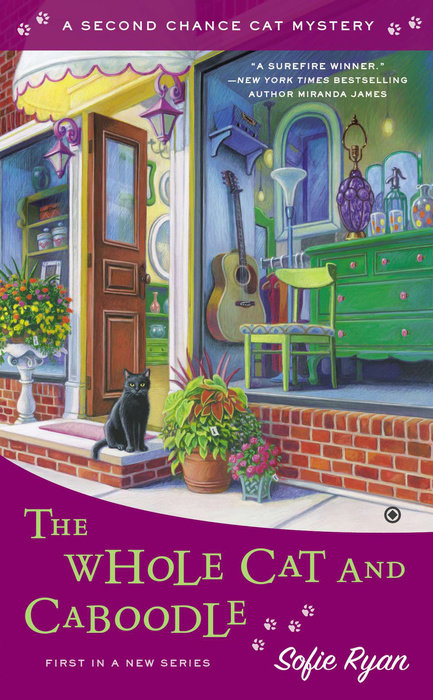 The Whole Cat and Caboodle

A great cosy crime series, with a colourful cast of characters – a cat called Elvis and a cast of Charlie’s Angels that you never imagined!

Sarah Grayson is the happy proprietor of Second Chance, a charming shop in the oceanfront town of North Harbor, Maine. At the shop, she sells used items that she has lovingly refurbished and repurposed. But her favorite pet project so far has been adopting a stray cat she names Elvis.

Elvis has seen nine lives—and then some. The big black cat with a scar across his nose turned up at a local bar when the band was playing the King of Rock and Roll’s music and hopped in Sarah’s truck. Since then, he’s been her constant companion and the furry favorite of everyone who comes into the store.

But when Sarah’s elderly friend Maddie is found with the body of a dead man in her garden, the kindly old lady becomes the prime suspect in the murder. Even Sarah’s old high school flame, investigator Nick Elliot, seems convinced that Maddie was up to no good. So it’s up to Sarah and Elvis to clear her friend’s name and make sure the real murderer doesn’t get a second chance.