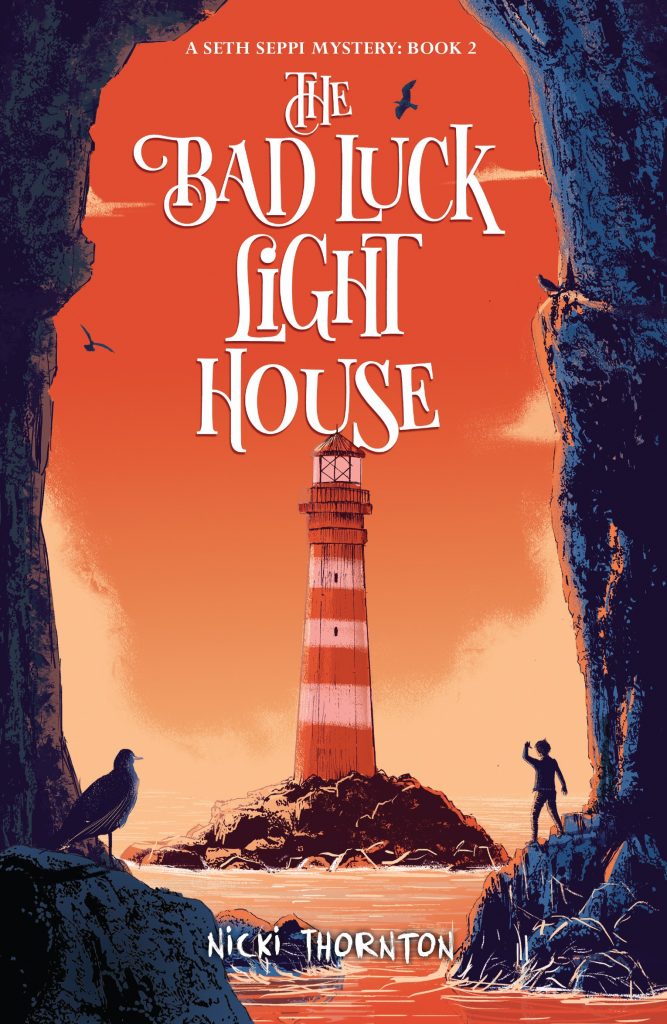 The second in the Seth Seppi Mystery series, and a great one for the kids (and grown ups!) who have graduated from the school of the Famous Five!

In solving the mystery of the Last Chance Hotel, Seth has discovered a bewildering new world of magic.

Swept up in a new MagiCon case investigating ghostly goings-on at the Snakesmouth Lighthouse, he is determined to prove himself. But when eccentric owner Mina Mintencress is murdered, Seth realizes danger lurks around every corner. With the help of his cat, Nightshade, Seth must put his new-found magic to the test. Can they unmask a sinister sorcerer … before it’s too late?

Agatha Christie meets Harry Potter in this sequel to the bestselling The Last Chance Hotel.