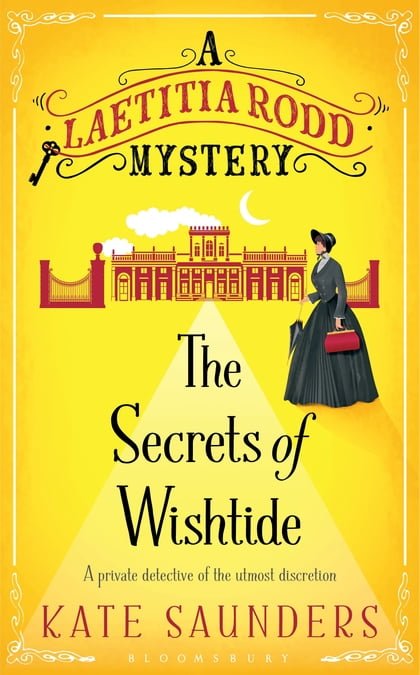 The Secrets of Wishtide

Delightfully told, this is far more than just a cosy crime. It will have you guessing in circles!

Mrs Laetitia Rodd, aged fifty-two, is the impoverished widow of an Archdeacon. Living in Well Walk, Hampstead, with her confidante and landlady, Mrs Benson (who once let rooms to John Keats), Mrs Rodd makes her living as a highly discreet private investigator.

Her brother, Frederick Tyson, is a criminal barrister living in the neighbouring village of Highgate with his wife and ten children. Fred finds the cases, and Mrs Rodd solves them, using her arch-intelligence, her iron discretion and her immaculate cover as an unsuspecting widow.

When Frederick brings to her attention a case involving the son of the well-respected, highly-connected Sir James Calderstone, Mrs Rodd sets off for Lincolnshire, to take up a position as the family’s new governess – quickly making herself indispensable.

But the seemingly simple case – looking into young Charles Calderstone’s ‘inappropriate’ love interest – soon takes a rather unpleasant turn. And as the family’s secrets begin to unfold, Mrs Rodd discovers the Calderstone’s have more to hide than most.