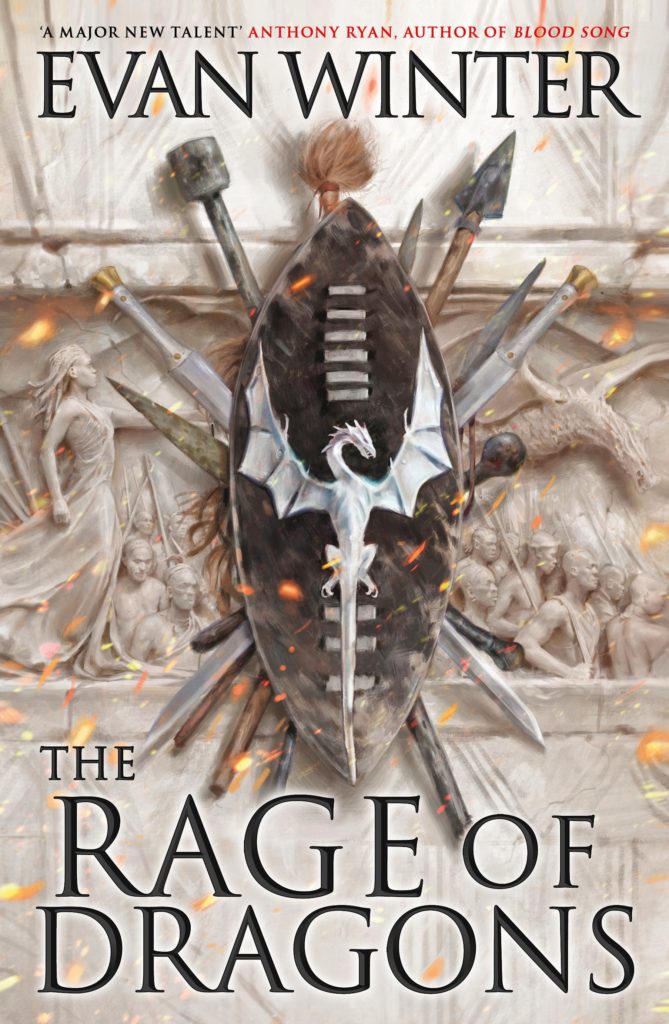 The Rage of Dragons

It took me two tries to get into this one, and then … BOOM! Gripping, edge of seat, action packed, with some amazing twists! The comparisons people are making just aren’t doing it justice – an absolute must for any Fantasy reader!

IN A WORLD CONSUMED BY ENDLESS WAR ONE YOUNG MAN WILL BECOME HIS PEOPLE’S ONLY HOPE FOR SURVIVAL.

The Omehi people have been fighting an unwinnable war for generations. The lucky ones are born gifted: some have the power to call down dragons, others can be magically transformed into bigger, stronger, faster killing machines.

Everyone else is fodder, destined to fight and die in the endless war. Tau Tafari wants more than this, but his plans of escape are destroyed when those closest to him are brutally murdered.

With too few gifted left, the Omehi are facing genocide, but Tau cares only for revenge. Following an unthinkable path, he will strive to become the greatest swordsman to ever live, willing to die a hundred thousand times for the chance to kill three of his own people.

THE RAGE OF DRAGONS LAUNCHES AN UNMISSABLE EPIC FANTASY SERIES.