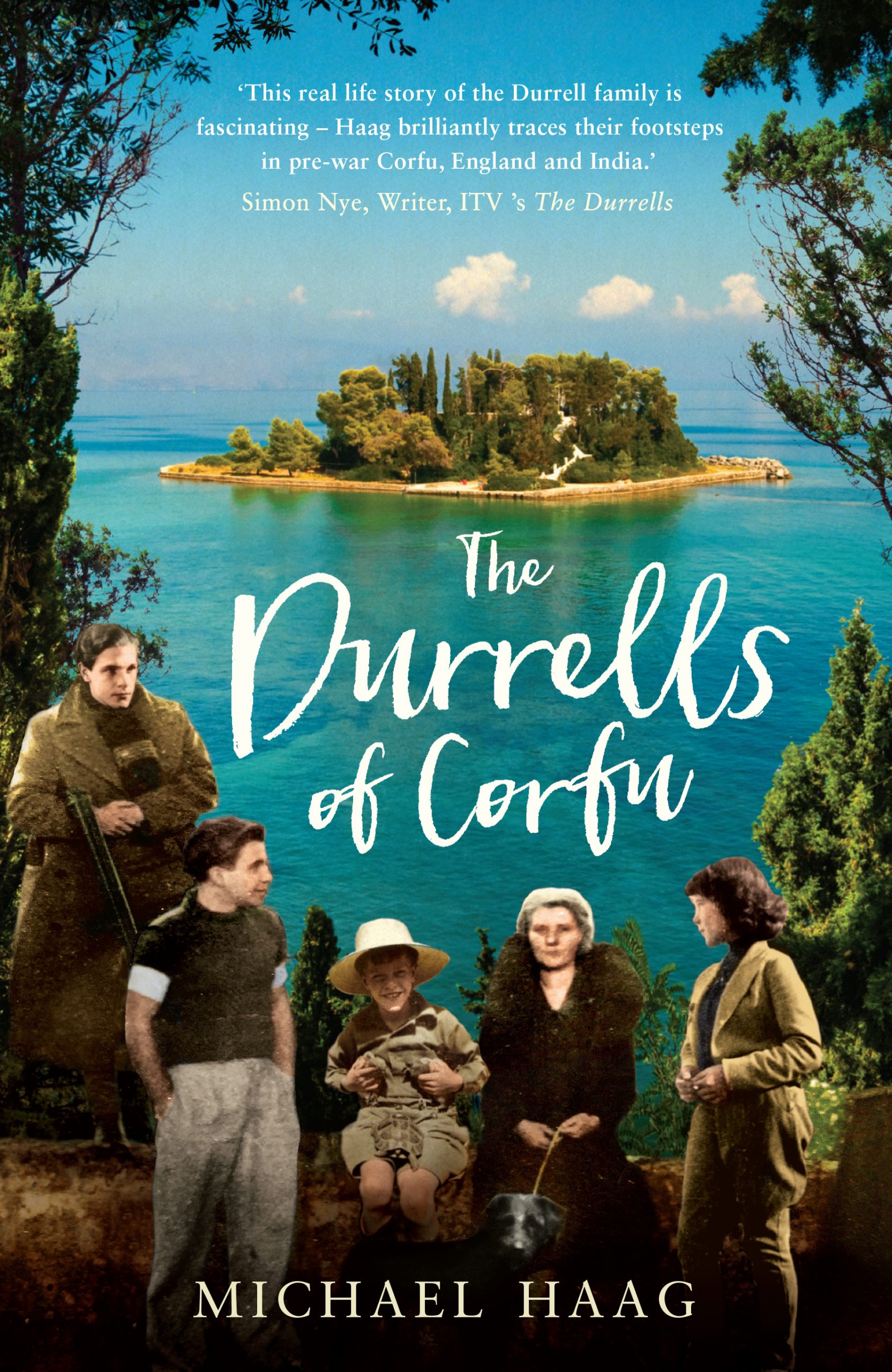 The Durrells of Corfu

Fascinating to read and discover a little more about this captivating family. Their stories, and the stories that they claim, are just pure entertainment.

The recent TV award winning adaption The Durrells left its 7 million fans with questions: What happened to the family – and what took them to Corfu in the first place? This book has the answers.

Simon Nye’s TV series, The Durrells, is based loosely on Gerald Durrell’s Corfu Trilogy and in particular his much-loved bestseller, My Family and Other Animals. These books in turn are based somewhat loosely on actual events. The real-life Durrells went to Corfu at the urging of Lawrence Durrell, who was already living on the island with his wife, Nancy Myers. Their intent was to keep the family together as his mother, Louisa, was drinking heavily and recovering from a breakdown; ‘We can be proud of the way we brought her up,’ Larry said, only half-jokingly, of the family’s subsequent Corfu sojourn.

Michael Haag’s book covers the background to the Durrell family’s years in Corfu, including their time in India, where all the children were born, and where their father, a brilliant civil engineer, had died. It recalls the real life characters the Durrells encountered on Corfu, notably the biologist and poet Theodore Stephanides, and the taxi driver, Spiros Halikiopoulos. And Haag tells the story of how the Durrells left Corfu, including Margo’s return intent on joining the Greek resistance, and Leslie’s romance in England with the family’s Corfite maid and friend, Maria Kondos. Further chapters cover what happened to the family in later life; here, Lawrence and Gerald Durrell’s biographies are well known, but little has previously been written of Margo, Leslie and Louisa. Haag has fascinating stories to tell of them all.