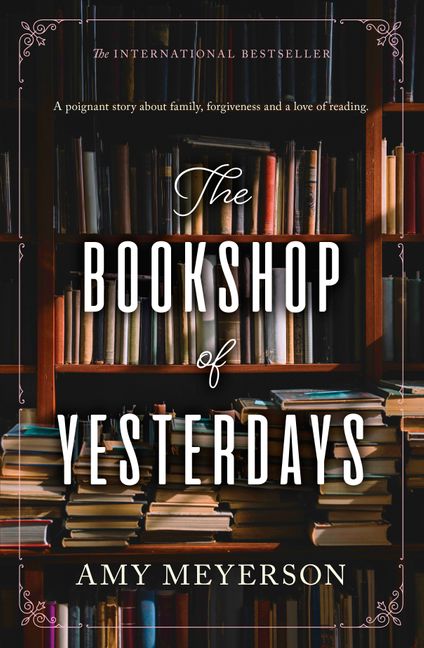 The Bookshop of Yesterdays

It can be frustrating when someone else is on a treasure hunt and no-one seems to be able to give a straight answer … But that would make for a very short, unfulfilling story. This is just magic when it happens!

Miranda Brooks grew up in the stacks of her eccentric Uncle Billy’s bookstore, solving the inventive scavenger hunts he created just for her. But on Miranda’s twelfth birthday, Billy suddenly disappears from Miranda’s life. She doesn’t hear from him again until sixteen years later when she receives unexpected news: Billy has died and left her Prospero Books, which is teetering on bankruptcy — and one final scavenger hunt.

Now as the owner of Prospero’s Book, Miranda finds clues that Billy has hidden for her inside novels on the store’s shelves, in locked drawers of his apartment upstairs, in the name of the store itself. She becomes determined to save Prospero Books and to solve Billy’s last scavenger hunt. She soon finds herself drawn into a journey where she meets people from Billy’s past, people whose stories reveal a history that Miranda’s mother has kept hidden — and the terrible secret that tore her family apart.

Bighearted and trenchantly observant, The Bookshop of Yesterdays is a love letter to reading and bookstores, and a testament to the healing power of community and how our histories shape who we become.