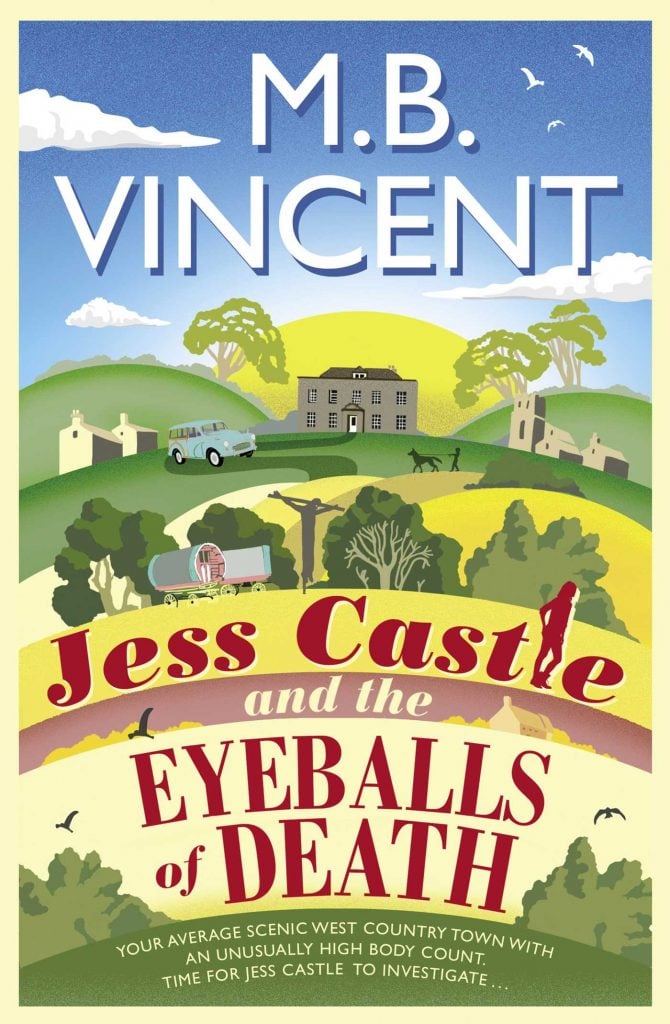 Jess Castle and the Eyeballs of Death

It’s cosy, and it’s fun! A market village that finds itself the centerpiece of macabre sacrificial murders and a mixed up, slightly kooky and nosy main character, returning to the familial home, where all is changing .

Jess Castle is running away. Again. This time she’s running back home, like she swore she never would.

Castle Kidbury, like all small towns, hums with gossip but now it’s plagued with murder of the most gruesome kind. Jess instinctively believes that the hippyish cult camped out on the edge of town are not responsible for the spate of crucifixions that blights the pretty landscape. Her father, a respected judge, despairs of Jess as she infiltrates the cult and manages, not for the first time, to get herself arrested.

Rupert Lawson, a schooldays crush who’s now a barrister, bails her out. Jess ropes in a reluctant Rupert as she gatecrashes the murder investigation of DS Eden. A by-the-book copper, Eden has to admit that intuitive, eccentric Jess has the nose of a detective.

As the gory murders pile up, there’s nothing to connect the victims. And yet, the clues are there if you look hard enough.

Perfect for fans of MC Beaton, this is cosy crime at its most entertaining and enthralling.