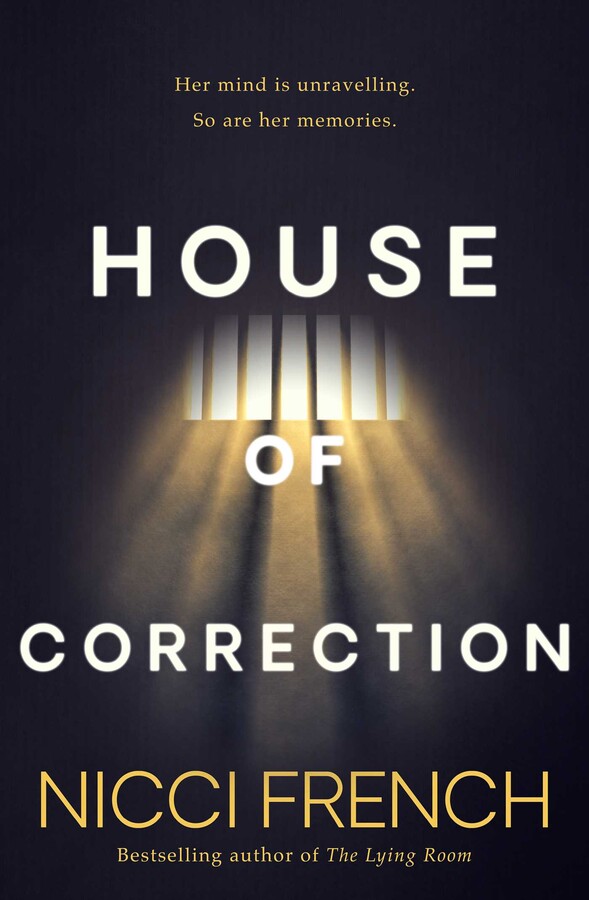 Weird, wonderful and slightly disturbing. It was like wading through thigh deep mud, trying to understand the anger and confusion… and then you hit the shallows and it finally all makes perfect sense!

*** A BRAND NEW NOVEL FROM THE MASTER OF PSYCHOLOGICAL SUSPENSE ***

‘So,’ said Mora Piozzi, her lawyer, looking down at her laptop. ‘In brief: you are charged with the murder of Stuart Robert Rees, on December 21st, between the hours of ten-forty in the morning and half-past three o’clock in the afternoon.’

Tabitha is accused of murder. She is in prison awaiting trial.
There is a strong case against her, and she can’t remember what happened on December 21st.
She is alone, frightened and confused.
But somehow, from the confines of her cell, she needs to prove everyone wrong.

House of Correction is beautifully written, clever, shocking, twisty, so believable and utterly compelling. This is another stunningly brilliant novel to relish from Nicci French.