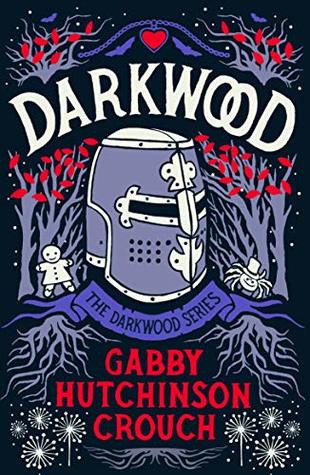 Quirky and fun, and so good to have a giggle at the moment.

It’s fairy tale unlike any other and  I’ll definitely be reading on!

Magic is forbidden in Myrsina, along with various other abominations, such as girls doing maths.

This is bad news for Gretel Mudd, who doesn’t perform magic, but does know a lot of maths. When the sinister masked Huntsmen accuse Gretel of witchcraft, she is forced to flee into the neighbouring Darkwood, where witches and monsters dwell.

There, she happens upon Buttercup, a witch who can’t help turning things into gingerbread, Jack Trott, who can make plants grow at will, the White Knight with her band of dwarves and a talking spider called Trevor. These aren’t the terrifying villains she’s been warned about all her life. They’re actually quite nice. Well… most of them.

With the Huntsmen on the warpath, Gretel must act fast to save both the Darkwood and her home village, while unravelling the rhetoric and lies that have demonised magical beings for far too long.

Take a journey into the Darkwood in this modern fairy tale that will bewitch adults and younger readers alike.