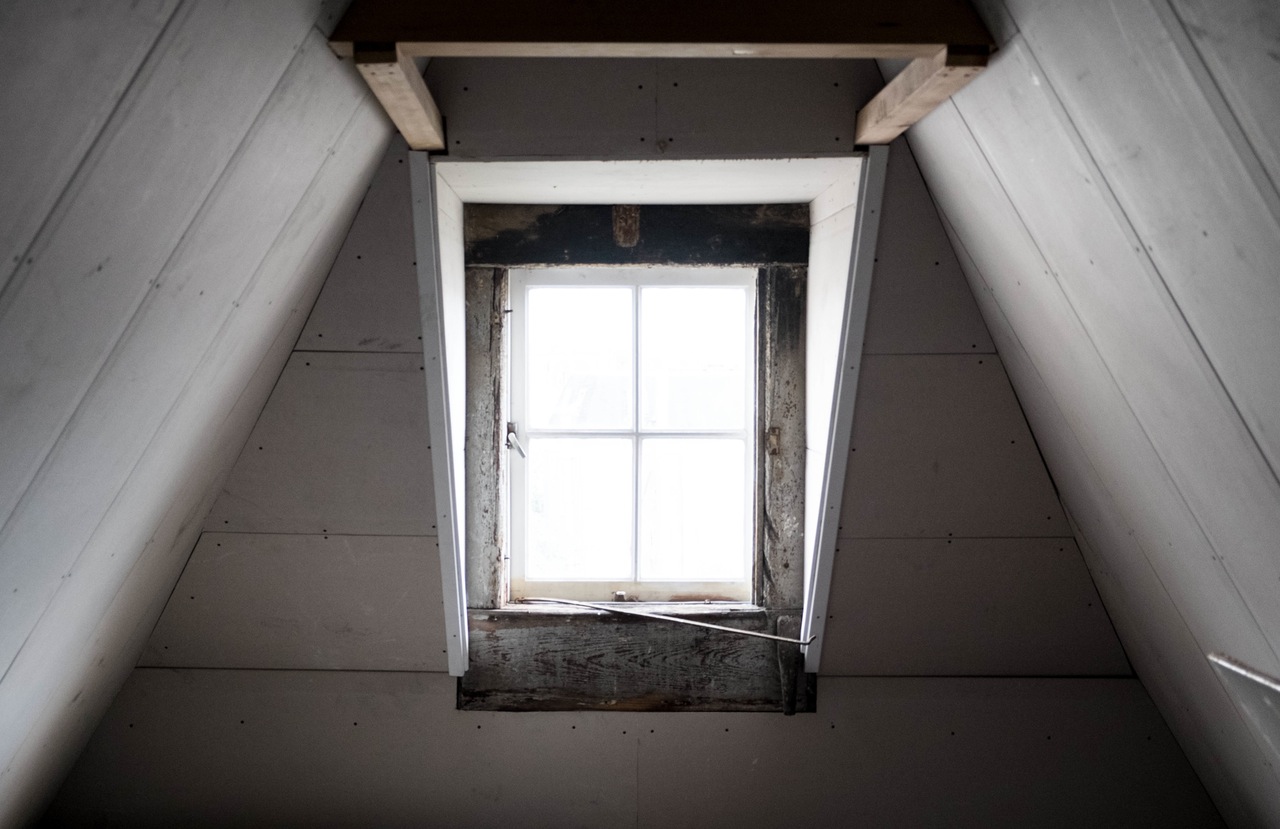 It smelt of dust, stale air and old memories. The sun light filtered through the window as the motes flew around the room in the wake of his footsteps.
Once it was empty, a room of promises; a study, a nursery, a sewing room, guestroom and now storage.
Initially it was organised, but over the years things got moved around, reordered, plundered and added to.
He spotted now a collection of his daughter’s paintings, and he could almost swear that they weren’t there last time, but his memory has been playing tricks on him lately. Well that, or the fae had indeed invaded his home to hide the keys, his glasses, the phone, his wallet, his papers that damn breadknife or the good scissors – you name it.
An involuntary snort of disbelief escaped. The fae indeed. That was who his wife always blamed. A saucer of milk on the doorstep at night, to appease the pixies she said, more like an excuse to feed the neighbourhood cats!
He shuffled forward across the bare boards squeezing through the tiny gaps in the cardboard box stacks till he got to the smaller collection under the window.
He sneezed.
Twice.
Disturbing another layer of dust that flew up, making his eyes water. What did he come up here for again?
Never mind.
Seeing he was here, maybe it was time to sort this stuff out, besides with his wife’s latest club currently in session below in the lounge, the attic made for a marvellous sanctuary.
Catching the edge of the afternoon light, almost hidden, but not quite was the corner of small brown school port.
Cracked and faded it had weathered many years as a carrier of knowledge, a seat and a missile.
A shackle of his teen years, now that was a long time ago.
Gripping the Bakelite handle firmly up, he un-wedged it with a sharp pull. A rasp of board on board and the thump of a lighter box which fell neatly to the side spilling decades of old photos.
He placed the port gently on the window sill and stooped to pick up the photos, instantly lost in the images they held.
Moments captured, when the art of capturing them was precious.
Children to adults, neighbours, family; summers when cricket was only on the radio, a waterslide on the front lawn and the faded haze of time caught on a Polaroid.
Scooping the smaller photos up with his right hand, he used the left to balance, while his knees creaked and groaned in protest. It wasn’t age, he chided himself, it was disuse, he ought to move about more.
He thought back to rugby, football, basketball and cricket, flinging himself into the game without a care in the world. Body and soul, in the pursuit of fun. Then there was the dancing and driving, the pranks and joy, unfettered, young and able.
He chuckled. Knees. Bastards really.
Disuse? Misuse more like it.
He looked at the one photo left lying on the floor. Bigger than the others. Black and white. Twenty young women, large hair, slim dresses, wide eyes.
A class perhaps?
Graduates?
He searched each face carefully, looking for a clue.
He lingered over the details, the optimism, the expectation, bracelets, necklaces, no earrings but engagement rings.
No one was brought to mind, nothing familiar.
Drifting back to the window he looked out over his yard and into the next. Orderly rows of suburbia. Each with a small garden and a big dog, or a big garden with a small dog, except the Jones’ at the end who had years of accumulated junk. A bit like his attic. He sighed and turned his gaze back to the black and white.
Turning it over, he read ‘Graduating Class of ’63‘.
His wife’s class, he looked back at the bright faces again.
Where was she?
Faint and faded pencil pointed out individuals. Norma, Wendy, Betty, Jean, Gaye, Janet.
Janet?
His Janet?
Yes, there she was. The girl he fell in love with. He could see her now, in the middle up the back. The same perfect posture, that beautiful warm smile he still adored. What a looker! He drew a deep breath as he looked again.
His wife.
His Janet.
Sinking slowly to the floor he struggled to hold back the tears.
He hadn’t been able to recognise his love.
His best friend.
His wife.