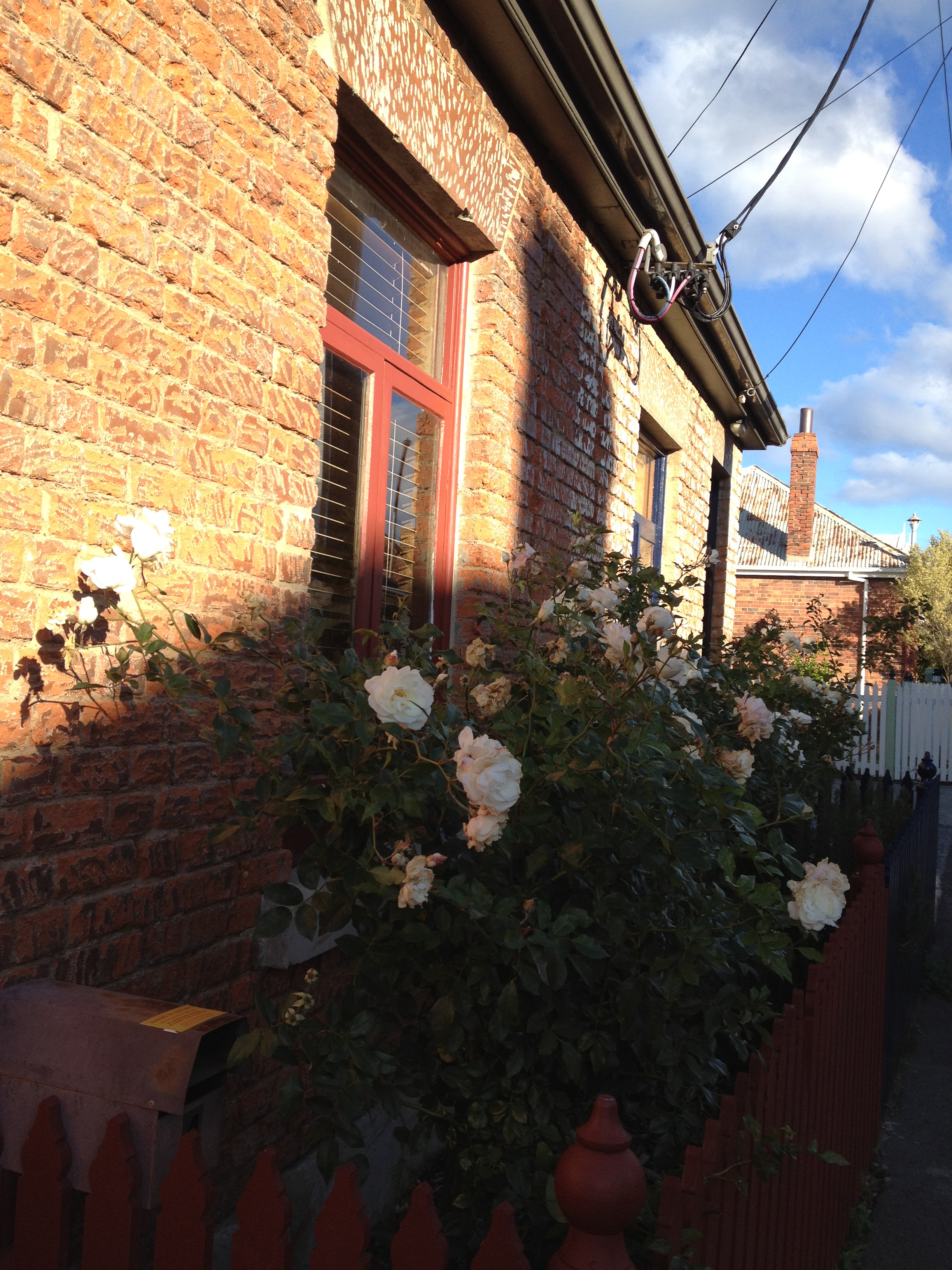 Froggy and Toad flew down the highway on their bikes. After several weeks of getting exactly where they wanted when they wanted, they decided to take the backroads, in the hope of variety, adventure, and surprise.
They came across Three Corners this way.
Stopped at The Cake Hole for coffee and locally baked croissants, and then saw a shakily written notice in the window.
Paper Dahlia – stone cottage for sale. Owner occupier only. Must like cats.
That’s how two, leather clad warriors from the city, ended up settling in a small town and running a boutique B&B.
The door to Paper Dahlia cottage is painted a deep blue, as is the tall wooden fence that barely holds back a small and splendid rose garden out the front.
The door is practically on the street. The pale stone walls hold sturdy in wind and rain, though the mortar is beginning to crumble.
In truth Paper Dahlia is half a cottage. Like many of the settlers cottages that dot the region it was one building that housed two families. Today we’d call them townhouses, apartments, duplexes.
Froggy and Toad live in Paper Dahlia, and after just one year they bought the adjoining cottage, Rosemaling, with a frenzy of dahlias that run riot in the small pocket of garden between the cottage and the street.
In summer, artists and writers vie for the accommodation. Bijou, nothing more than what is required, except a small fridge full of wine, cheese, yoghurt and cured meats.
The fresh bread on the table top, a selection of organic fruit and a small grey cat called Spike, who is not lost, just very friendly.
The courtyard that joins the main cottage of Rosemaling to the bathroom is open to the air, with a wooden table and chairs that occasionally splinter in rough handling.
At the beginning people were aghast at the thought of travelling outside to go to the toilet.
Just seven small steps.
Now it’s seen as quaint, unique, part of the charm. So much so that even in winter it’s booked out as people try for themselves the simple life. Two nights in a place where mobile reception it sketchy and internet is slow. A place where there’s no tv, just a radio, an iPhone dock and a bookshelf crammed top to toe with the books of other travellers.
Famous songs have been penned here, and poems, never to be read. The birdsong of a morning and an evening combine with the scents of a wood fire and the garden into a small and perfect haven just to escape for a moment.
That’s what Froggy and Toad saw, the day they knocked on the door of Paper Dahlia.