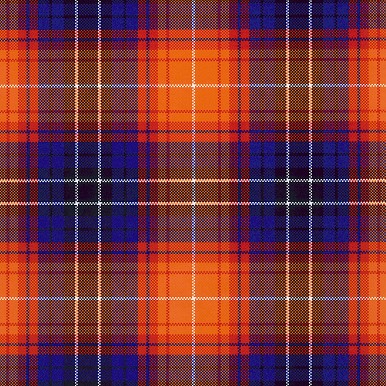 The little tartan shopping trolley was brand new.
It had been brand new for four years. Sitting in the corner, collecting dust and detritus while adjusting to its new role.
It was a coat rack, an umbrella stand, a plastic bag receptacle, a home for daddy long legs.
The cat had once tried to climb it, but it toppled with such ease it sent the cat hissing and racing through to the other room. The shopping trolley had only known this room. Where it was unwrapped, placed, and not forgotten.
Every time she went out she saw it. Felt the tartan, a bright combination of blue and orange, ridiculing her as she went on her weekly trek to the shops, coming home after paying too much money to the horrid taxi man who always misunderstood where she wanted to go. He thought it was a great game, and she hated him for it.
She never knew he turned the meter off after two minutes, taking her for a scenic trip around the outskirts of town, before subtly putting it back on again just hundred metres from her door. It was this last trip that pushed her over the edge, flinging the door open and hobbling in with bags of groceries to see out the week, cutting marks into her wrists that took hours to fade.
Lately she hadn’t wanted to go out at all.
Irrational.
Along with the irrational hatred of grocery shopping.
Someone had whispered a reprieve with home delivery service on the internet at the library. But they had the bloody hide to ask her age before it would let her shop. Just for the privilege of wandering down make believe aisles indeed. One last hit to her pride.
She sat on the old horsehair settee for hours, looking at the shopping trolley. The mockery of its colours, so lurid in her world of beige and gold.
Muttering, she finally hauled herself out of the depths of the chair and stamped off to her bedroom. Surveying her row of scarves she picked a royal blue one.
At least then they’d match in their silliness, she muttered tying it around her neck, the bow to the side as she once wore it when she was young.
Foolishness.
Head held high she swung the coat off the shopping trolley, removed the rubber bands, flinging them across the room and locking the door she twisted the ridiculous thing behind her and started off down the street.
She was amazed.
It was so light.
She marvelled.
It handled better than a car, or indeed her husband.
What’s more it was a veritable tardis, you could fit so much in! She laughed as she marched back up the street, waving at the taxi driver who had gotten out to get the passenger door for her.
‘Not today’ she shouted and trooped straight on past until she got to the bakery. With the money she saved she could buy a treat! The day looked bright, she felt light and she swivelled the scarf back to its jaunty angle and then sauntered on up the street and home.
The little trolley had made its debut in a grand style, and for every week that followed it was the perfect accompaniment.