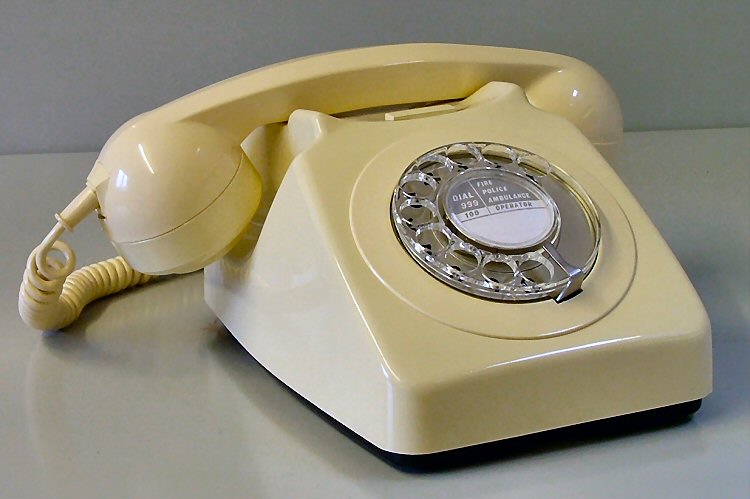 He sat still.
Completely still.
Bathed in the yellow light that passed through the honeysuckle over the window and streamed in. invading the dark corners and sending the cockroaches scurrying back under the stove.
He sat still by the phone.
Cream, cracked. It came from the old house with him to this tiny apartment.
He’d insisted.
He wanted his own phone.
He didn’t want one of the mobile thingys that you press and swipe and flash about. He wanted a phone on the table, with a chair that he could sit at and have a chat to his friends. There had to be something he could look forward to after all he’d been through. He wanted to still be able to chat to his friends.
He knew he couldn’t keep his old number.
A number he’d had for over forty years.
He was in a different area, they said. It wouldn’t work here.
Then give me one that will, he’d replied.
After a while they came back and told him that they had a silent number available.
But there was a problem.
It had been used by an adult company.
Good, he said, can’t be bothered with kids.
No, they told him, an adult company. It might mean that he would get calls from old clients looking for the company.
No problem he insisted.
They were reluctant but he was adamant.
‘I’m seventy six years old’ he told the hapless service consultant.
‘I need this phone. I need to talk to my friends.’
They reluctantly gave him the number and he’s never had such fun.
He talks to his friends and they have a laugh, but mostly he looks forward to the calls that come through, not for him, but for the services that the adult company provided for their clients.
He’s discovered that an Adult Company is just a euphemism for strippers and prostitutes.
It rings three times before he grabs the grimy receiver, pen and paper on the table, a list in front of him.
‘Hello?’
A young female voice.
‘Hello’ he answers back. His voice belies his years and he tries a line out.
‘How may I help you.’
‘We’re looking for a man for our hen’s night.’
‘You’ve called the right place’ he cackles.
The young voice grows suspicious at the laughter.
‘Would it be you?’
‘It could be for the right price.’
‘How are old are you?’
‘Seventy six young and I look quite….’ She hangs up.
‘Good for my age…’ he finishes, bursting out in laughter.
He puts the phone back down and watches it willing it to ring again.
When it does he snatches it up after two rings.
‘Hello?’
And older voice, male this time.
‘Hello how can I help you?’
‘I’m looking for a stripper.’
‘Oh,’ he clucks sympathetically, ‘all out I’m afraid, however if you call this number they can help you, they’ve got quite a variety.’
He reads out an eight digit local number for the hardware store, makes sure it’s taken down correctly and rings off before he bursts out in laughter.
Wipes a tear away, crosses a name out on his list and goes back to watching the phone.