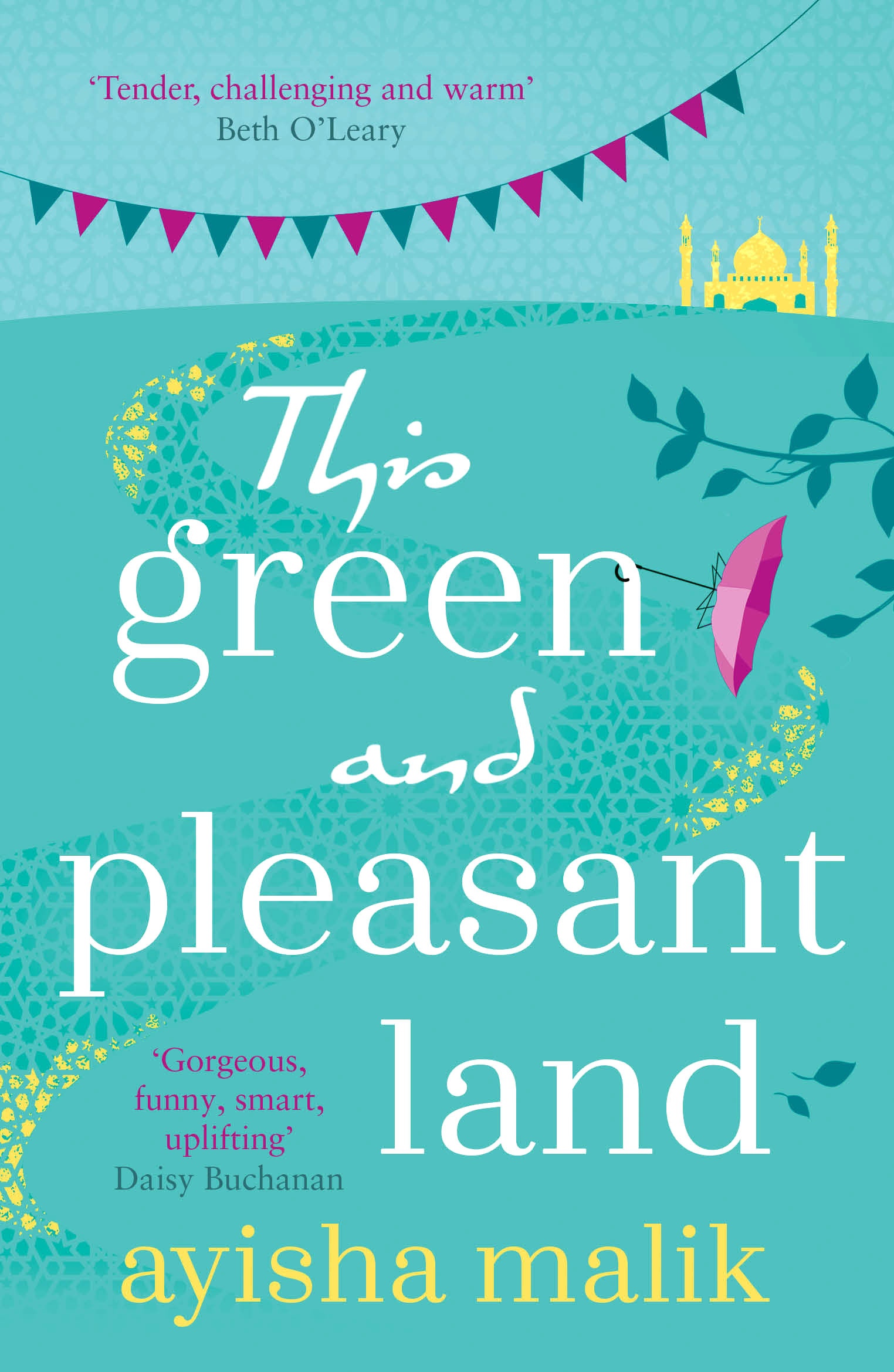 This Green and Pleasant Land

Book hangover material. Hard questions asked and depicted so beautifully; poetically capturing all aspects of the good and ugly in people and their perceptions.

Timely, humorous and deeply moving. This is the absolute standout new novel by acclaimed author (and 2018 Asian Woman of Achievement nominee) Ayisha Malik.

For years Bilal Hasham and his wife Mariam have lived contented, quiet lives in the sleepy rural village of Babbel’s End. Now all that is about to change.

On her deathbed, Bilal’s mother reaches for his hand. Instead of whispering her final prayers, she gives him a task: build a mosque in his country village.

Mariam is horrified by Bilal’s plan. His friends and neighbours are unnerved. As outrage sweeps Babbel’s End, battle lines are drawn. His mother’s dying wish reveals deeper divisions in their village than Bilal had ever imagined.

Soon Bilal is forced to choose between community and identity, between faith and friendship, between honouring his beloved mother’s last wish and preserving what is held dear in the place that he calls home.