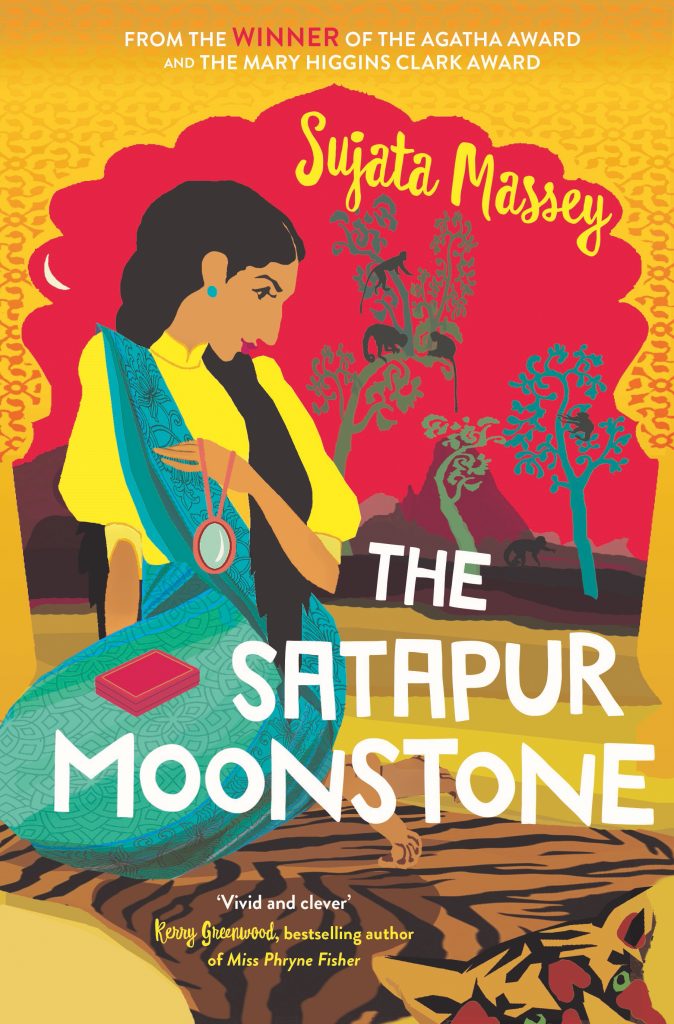 I am adoring this series – the writing, the atmosphere, the twisty mystery, colour and characters! Something for those who want a bit of depth and difference to the usual 1920’s whodunnits!

India, 1922: It is rainy season in the lush, remote Sahyadri Mountains southeast of Bombay, where the kingdom of Satapur is tucked away. A curse has fallen upon Satapur’s royal family, whose maharaja and his teenage son are both dead. The kingdom is now ruled by an agent of the British Raj on behalf of Satapur’s two maharanis, the dowager queen and the maharaja’s widow.

The royal ladies are in dispute over the education of the young crown prince, and a lawyer’s council is required – but the maharanis live in purdah and do not speak to men. Just one woman can help them: Perveen Mistry.

Perveen is determined to bring peace to the royal house, but when she arrives she finds that the Satapur palace is full of cold-blooded power plays and ancient vendettas. Too late, she realises she has walked into a trap. But whose? And how can she protect the royal children from the deadly curse on the palace?