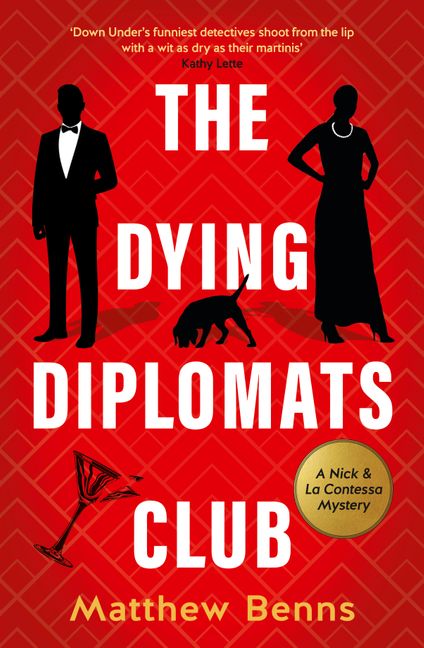 An absolute cracking read – lots of fun, and tongue in cheek hilarity at society, politics, and Sydney. Vastly entertaining!

‘Time for a martini, darling?’

But a dramatic revelation from the PM sets off more fireworks inside than outside … and that’s before the bodies start to pile up.

As suspicion falls on some of the most powerful people in the country, the race is on. Can Nick and La Contessa solve the case before anyone else joins the dying diplomats’ club?

Bonus story included! Go back to where it all began with Nick and La Contessa’s first adventure in the smash hit newspaper serial We’re All In This Together.