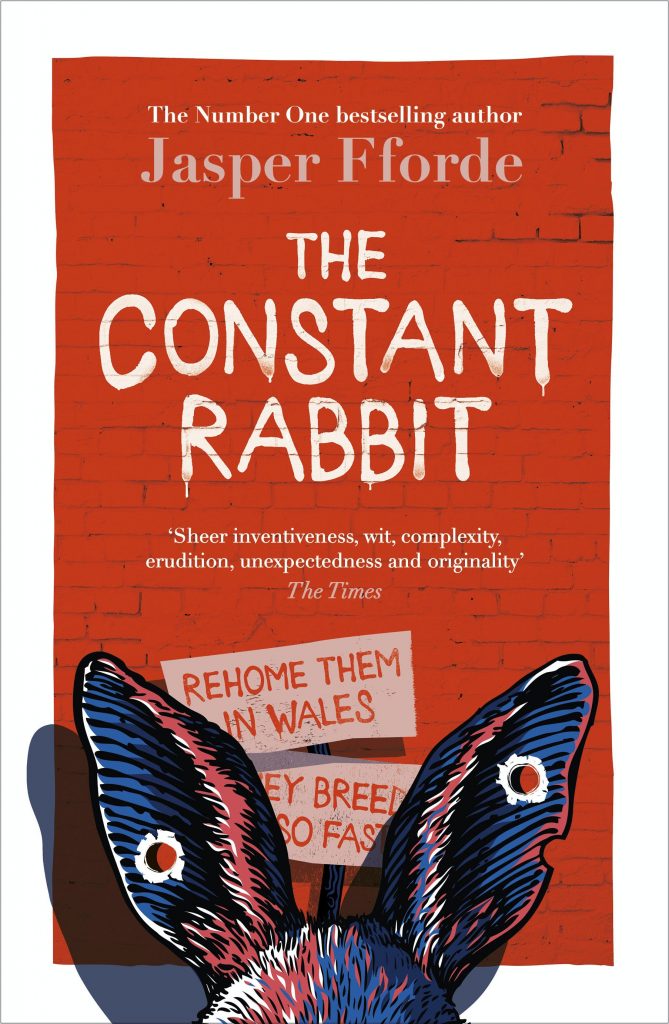 Jasper Fforde’s new fantastical satire: what happens when a family of human-sized, human-like rabbits moves in next door?

Peter Knox lives quietly in one of those small country villages that’s up for the Village Garden of the Year award. Until Doc and Constance Rabbit move in next door, upsetting the locals (many of them members of governing political party United Kingdom Against Rabbit Population), complicating Peter’s job as a Rabbit Spotter, and forcing him to take a stand, moving from unconscious leporiphobe to active supporter of the UK’s amiable and peaceful population of anthropomorphised rabbits.