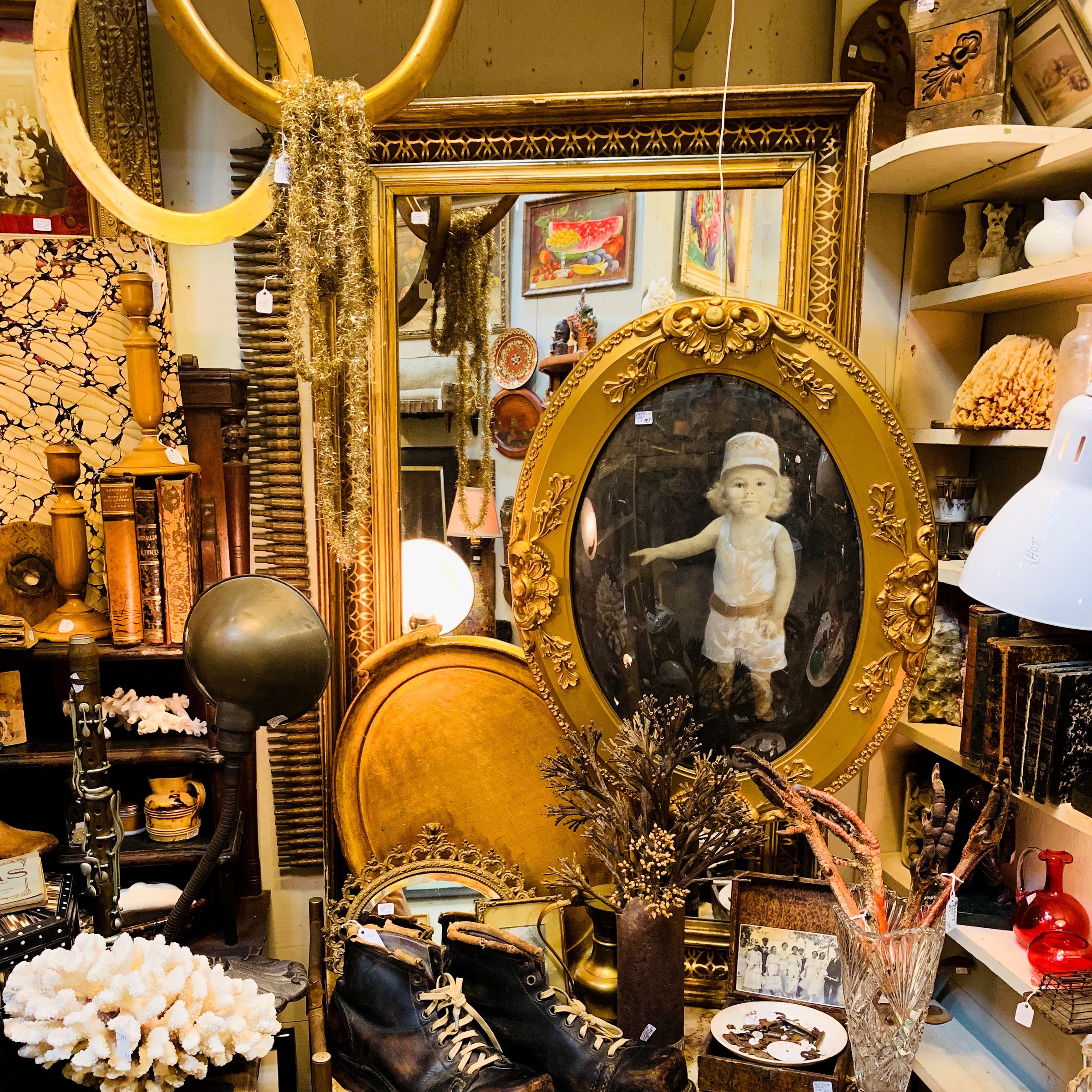 Rattle on Bones was the dusty, sneezy, packed to the rafters, second-hand, antique, junk shop in Three Corners.

It was owned by Mr. Rattle, and the tiny grey door opened on to Bone Alley that ran all the way up to graveyard, hence the name…. It was a glorious treasure trove of utter magnificence!

Grandfather clocks and vinyl, gramophone records and china. A skeleton sat at the counter along with Mr. Rattle… and some days you’d be hard pressed not to mix them up.

A dimly lit warren with glass cabinets full of curios and a winding perilous wooden staircase for the hard core treasure hunter – up into the attic area –  unbearably hot in summer, and requiring a coat, scarf and beanie in winter.

Mr. Rattle was the go to man if you needed a replacement cup for a tea set; a missing fork from the silverware or a cake splade. He had mower parts and golf clubs, old tattered teddies that glared with one eye, sitting crookedly amongst the second hand, cloth bound novels. A part or a piece, an item you couldn’t name, or something you hadn’t even known that you needed… Mr. Rattle could always find exactly what you were after.

But what drew the kids in, almost every day on the way home from school, was a cute but slightly creepy yellow rabbit in the rafters.

No-one knew who it once belonged to, and in fact even Mr. Rattle couldn’t remember how it got there. He claimed he didn’t have a ladder long enough to get it down. But it sat staring, grinning, and some would swear winking, at the kids below.

It watched all those who came in, and all those who walked past the big dusty window, grimey hands on the glass peering in to see more of the curios on display.

The hipster couple buying the butter churns, the renovator making off with a box of cabinet handles, the old ladies that clucked and searched for memories. The men who hunted for bargains. And the children who came to whisper and point  and scramble through small spaces finding old metal cars, spinning tops, feather boas and bits and pieces of who-knows-what.

The yellow rabbit in the rafters would watch it all.

The small boy with the aeroplane t-shirt came in every weekend. Too small to go to school, he came in with his father and while his Dad fossicked, he quietly sat in the big emerald velvet chair by the counter with Mr Rattle and watched the yellow rabbit back.

He was the first to notice that the yellow rabbit had moved.  He didn’t say anything at first, assuming that grown-ups were responsible for it, like most things. But then the following weekend it had moved again, and Mr Rattle had a moonboot on, from tripping over the Footrot Flats collection in the old woven basket, so he couldn’t have been the one.

And when he shyly asked, Mr. Rattle ummed and ahhhed, and told him that it had always been there, it was almost like a good luck charm he said. Keeping an eye out on everyone.

He said the same thing the next week when the rabbit was right above the counter, and when it was by the dormer window on the other side of the shop too… And that time, the small boy was almost positive that the yellow rabbit smiled some more and then closed its eyes…

Years passed and when he thought back over it, he put it down to an overactive imagination, and a small child’s steadfast belief in magic. Of course he didn’t believe in that anymore.

Later, when he was going to university, he made a last foray into Rattle on Bones, looking for some cheap rugs for his room at college, when the yellow rabbit caught his eye once more.  He asked, again, about how it was always moving and Mr. Rattle laughed and told him that it had always been … Right there….

As he left, had he just paused and looked back, he would have seen Mr. Rattle and the Yellow Rabbit exchange a small smile and a wink, as they both settled back down to watch the passing traffic outside their little world of wonders.