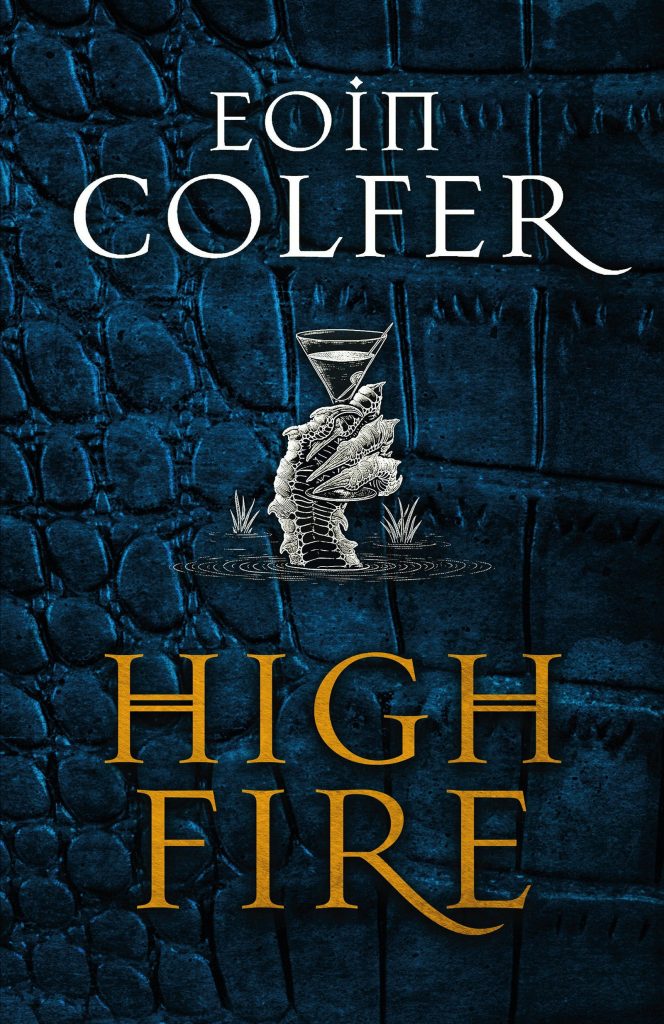 I loved Artemis Fowl, and Vern hits all the right spots as an adult reader. Gritty, sweary, funny and fast paced, it’s brilliant, quirky and a breath of high octane fresh air!

Highfire is a genre-bending tour-de-force of comedy and action by the million-copy-selling master storyteller.

Squib Moreau may be swamp-wild, but his intentions are (generally) good: he really wants to be a supportive son to his hard-working momma Elodie. But sometimes life gets in the way – like when Fake Daddy walked out on them leaving a ton of debt, or when crooked Constable Regence Hooke got to thinking pretty Elodie Moreau was just the gal for him . . .

An apprenticeship with the local moonshine runner, servicing the bayou, looks like the only way to pay off the family debts and maybe get Squib and his momma a place in town, far from Constable Hooke’s unwanted courtship and Fake Daddy’s reputation.

Unfortunately for Squib, Hooke has his own eye on that very same stretch of bayou – and neither of them have taken into account the fire-breathing dragon hiding out in the Louisiana swamp . . .

For Squib Moreau, Regence Hooke and Vern, aka Lord Highfire of Highfire Eyrie, life is never going to be the same again.

‘Told in crunchy prose, with lashings of earthy dialogue, it reads like an Elmore Leonard Thriller, but with dragons . . . Colfer clearly had a blast writing this, and his sheer storytelling panache brushes aside the quibbles of fantasy-genre agnostics with infectious glee’ Mail on Sunday

From the internationally bestselling author of the Artemis Fowl series: Eoin Colfer’s first adult fantasy novel is a hilarious, high-octane adventure about a vodka-drinking, Flashdance-loving dragon who’s been hiding out from the world – and potential torch-carrying mobs – in a Louisiana bayou . . . until his peaceful world’s turned upside down by a well-intentioned but wild Cajun tearaway and the crooked (and heavily armed) law officer who wants him dead.