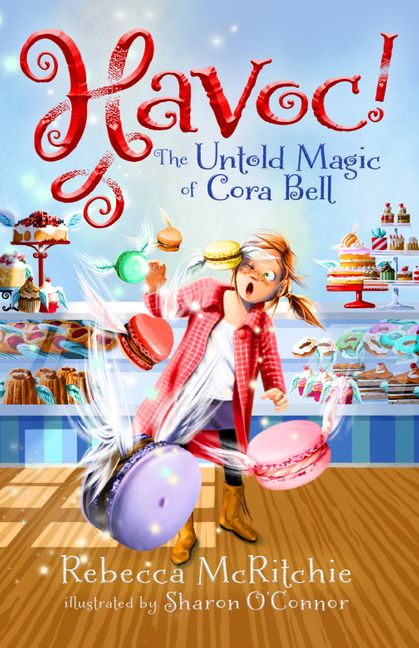 From the word mix-ups of the most unfairy-like fairies to sledding with with a half troll Cora’s adventures as she tries to discover where she’s from and who her family is, before the magic turns her into a Havoc, makes for  a bumpy and entertaining ride!

From the talented author of Whimsy & Woe comes a series about Cora Bell, who is magical – but could she also be a Havoc?

Cora Bell has discovered she is full of magic. But without her protection bracelet, she is struggling to hold onto all the powers she has gained, especially the dark magic she took from the warlock, Archibald Drake.

When Cora begins to have nightmares and visions, and unusual cracks appear on her skin, it is a race against time for Cora and her fairy friends to not only find a way to fix her magic, but also escape the hunters now chasing Cora, and search the magical world for her family.

Can Cora do it all before her magic takes control? Will she find her family? Or will she become . . . a Havoc?