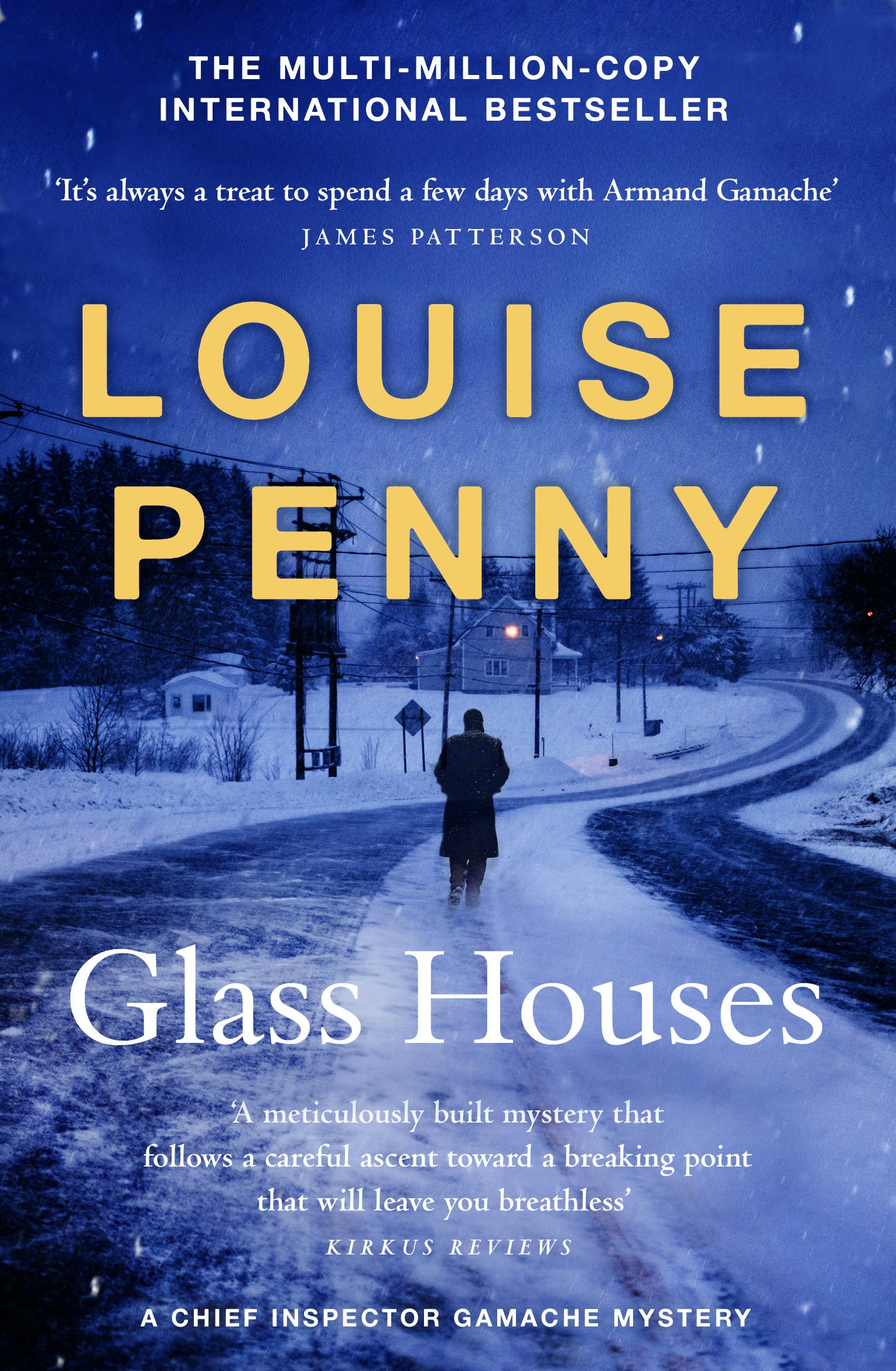 I’d left Gamache for a while, still collecting the books but never getting to them. Now is the time though and it never, ever disappoints. Twists and turns, and intrigue that captures you almost from the very first moment.

Gripping, surprising and powerful, Glass Houses is the thirteenth ingenious and illuminating novel in the Chief Inspector Gamache series, from number one bestseller, Louise Penny, which will leave you spellbound until the final page.

One cold November day, a mysterious figure appears on the village green in Three Pines, causing unease, alarm and confusion among everyone who sees it. Chief Superintendent, Armand Gamache knows something is seriously wrong, but all he can do is watch and wait, hoping his worst fears are not realised. But when the figure disappears and a dead body is discovered, it falls to Gamache to investigate.

In the early days of the murder inquiry, and months later, as the trial for the accused begins, Gamache must face the consequences of his decisions, and his actions, from which there is no going back . . .