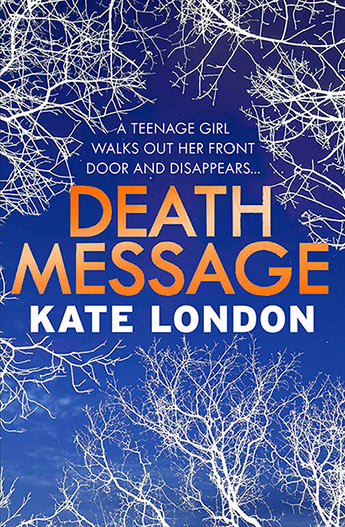 I thought I’d just read a few pages… But got sucked in alongside some very real characters and a very real crime. Twisty and fascinating, you’ll need to read right to the end before you’ll discover the answers.

An intricate, gritty and believable crime novel about the disappearance of a teenage girl, from a serving detective in the Met’s murder squad.

October 1987: the morning after the great storm. London wakes to find its streets blocked by uprooted trees, its cars crumpled like tin cans. Tania Mills, fifteen years old, kisses her mother, walks out her front door and disappears…

Twenty-seven years later, DS Collins, a new member of the Met’s Homicide Command, inherits Tania’s old case file. Collins has plenty of fresh crimes to occupy her time, but there’s something about Tania’s story – her youth and vulnerability – that won’t leave her be.

As Collins begins to investigate, her path intersects with a young police officer, Lizzie Griffiths, whom she investigated for serious misconduct in a previous case. But together, they have a chance to uncover what happened that fateful day, when the nation woke up to a storm-ravaged Britain and a mother’s world was ripped apart forever.