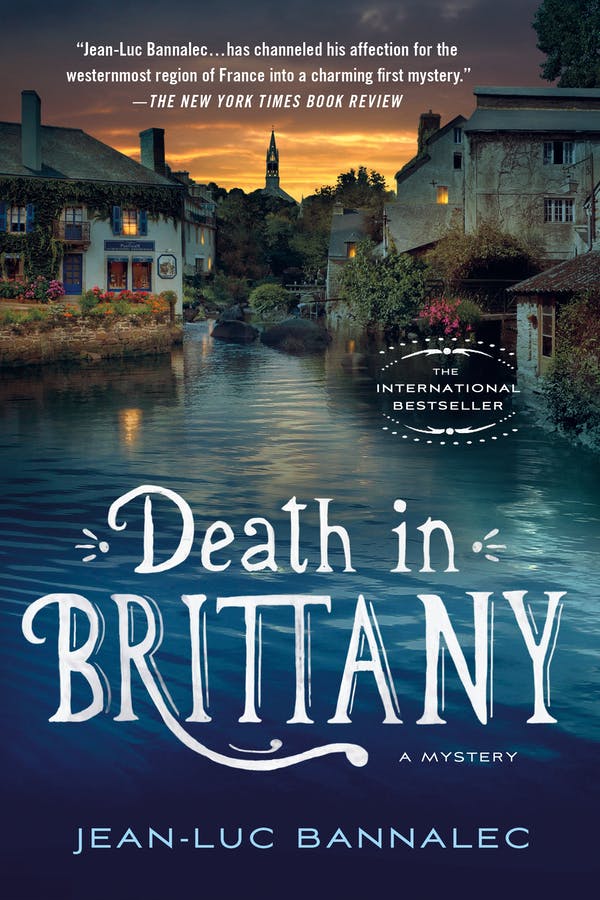 I’m not sure I like  Georges, but I’m intrigued enough with the setting to want to read on!

Commissaire Georges Dupin, a cantankerous, Parisian-born caffeine junkie recently relocated from the glamour of Paris to the remote (if picturesque) Breton coast, is dragged from his morning croissant and coffee to the scene of a curious murder. The local village of Pont-Aven—a sleepy community by the sea where everyone knows one other and nothing much seems to happen—is in shock. The legendary ninety-one-year-old hotelier Pierre-Louis Pennec, owner of the Central Hotel, has been found dead.

A picture-perfect seaside village that played host to Gaugin in the nineteenth century, Pont-Aven is at the height of its tourist season and is immediately thrown into uproar. As Dupin delves into the lives of the victim and the suspects, he uncovers a web of secrecy and silence that belies the village’s quaint image.

A delectable read, Jean-Luc Bannalec’s Death in Brittany transports readers to the French coast, where you can practically smell the sea air and taste the perfectly cooked steak frites in an expertly crafted, page-turning mystery for fans of Martin Walker.