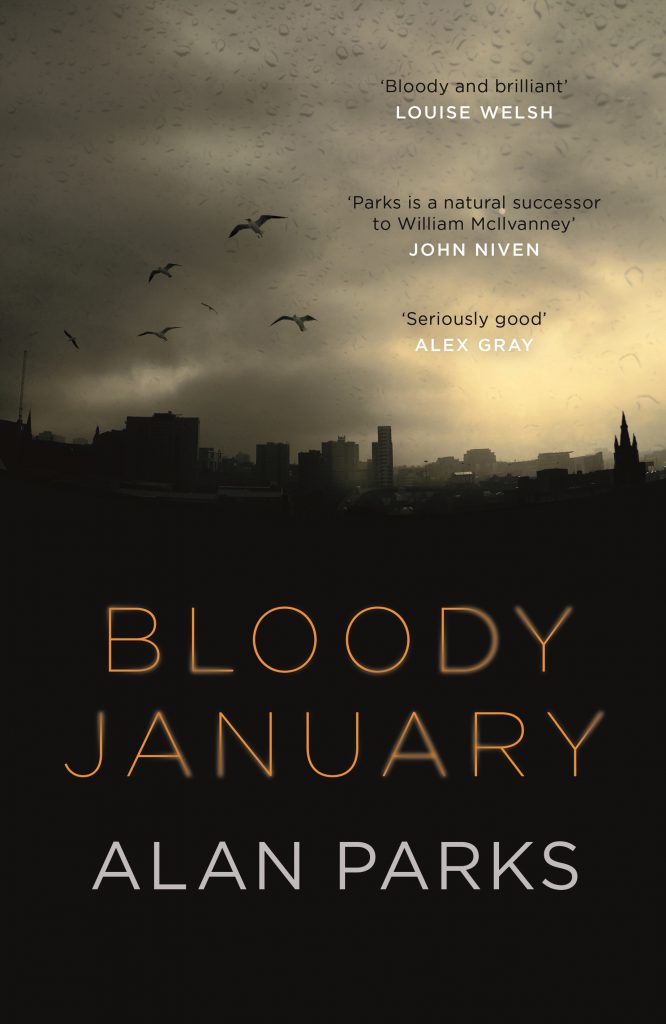 Gritty, grimey and a sign of the times. How easy it is to cross that line, and when old loyalties are in conflict, who do you choose?

When a teenage boy shoots a young woman dead in the middle of a busy Glasgow street and then commits suicide, Detective Harry McCoy is sure of one thing. It wasn’t a random act of violence.

With his new partner in tow, McCoy uses his underworld network to lead the investigation but soon runs up against a secret society led by Glasgow’s wealthiest family, the Dunlops.

McCoy’s boss doesn’t want him to investigate. The Dunlops seem untouchable. But McCoy has other ideas …

In a helter-skelter tale – winding from moneyed elite to hipster music groupies to the brutal gangs of the urban wasteland – Bloody January brings to life the dark underbelly of 1970s Glasgow and establishes Alan Parks as a new and exciting voice in Scottish noir.