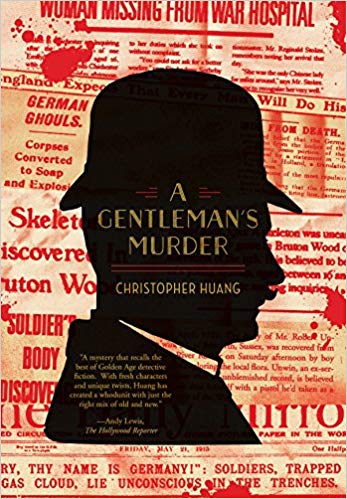 A great mystery, set in interesting times, with an even more interesting main character. A twisty whoddunit that will have you guessing and guessing…

It’s 1924, and Eric Peterkin is an established member of the Britannia Club, a gentlemen’s club for ex-servicemen. It seems like an idyllic haven, but when a gentlemen’s wager ends with one man dead in the vault under the club, Eric finds himself compelled to tackle the mystery.

The quest takes him from a dilapidated former hospital to a six-year-old disappearance, and on to the secrets of the club’s governing board of officers. Threatened with expulsion and dogged by the shadows of other people’s pasts, Eric presses on nonetheless. But can he snare the killer before his own membership becomes a thing of yesterday?